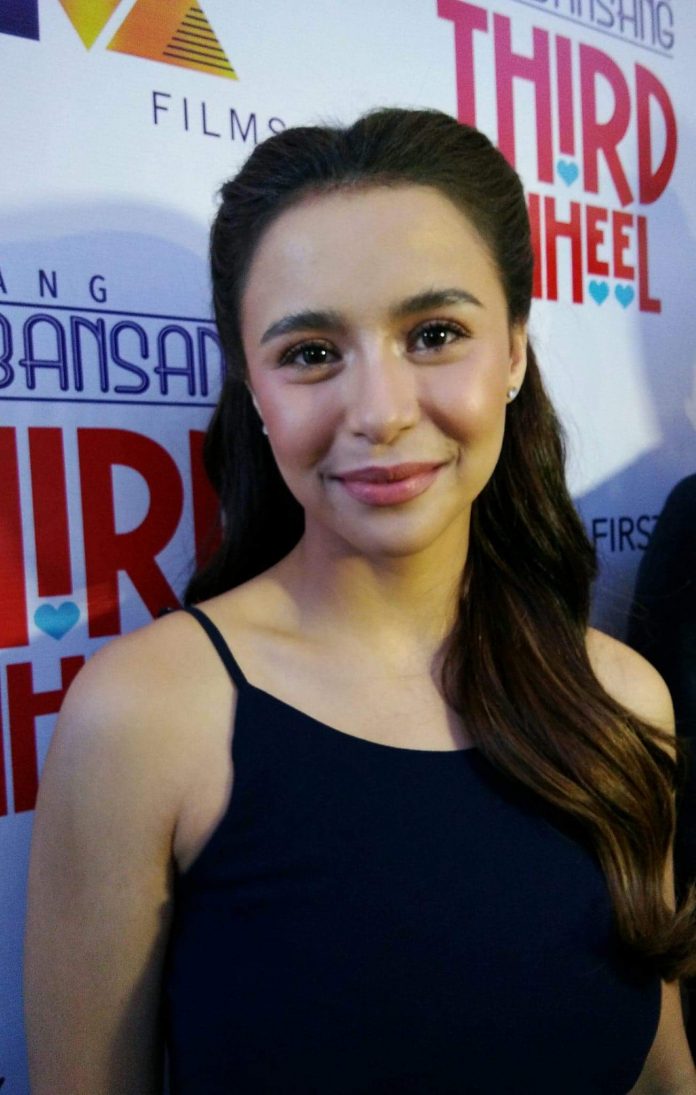 In my interview with Yassi Pressman for PSR, she admitted that she gets bashed by some loyal Coco Martin and Julia Montes fans.

Some fans are even jealous that she is now the apple of the eye of the Kapamilya primetime king.

She’s also thankful that she has Coco’s support.

She also dispelled the rumors that Coco’s courting her.

“No, that’s not true…Me CocoYass fans, may CocoJul fans. But aside from that, may CocoJam, may CocoBel. And it’s nice that we all try to tell everyone to respect everyone also,” she insisted.

She even said that her work remains her priority and believes that having a love life can wait.

She’s also flattered to learn that Sam Milby, her leading man in “Ang Pambansang Third Wheel” has a crush on her. However, entertaining suitors is something far from her mind at the moment, she asseverated.

She also asserted that she’s happy with her real life role as a “third wheel” : a friend, a shoulder to cry on, an advisor, to her family, friends and people that matter to her.

She also said that if she’s taking things slowly, it is because she does not want to fall prey to wrong decisions, especially those concerning her love life.

“Nakakatakot lang kasi ang magmahal so dapat sure,” she said.

Although she has suitors, she personally prefers to remain uncommitted as far as heart matters are involved.

Yassi plays the role of Trina, a copywriter in an advertising company who gets entangled in a romance with Neo (Sam Milby), an art director with an 8-year old son. The movie premieres on March 7 in cinemas nationwide.