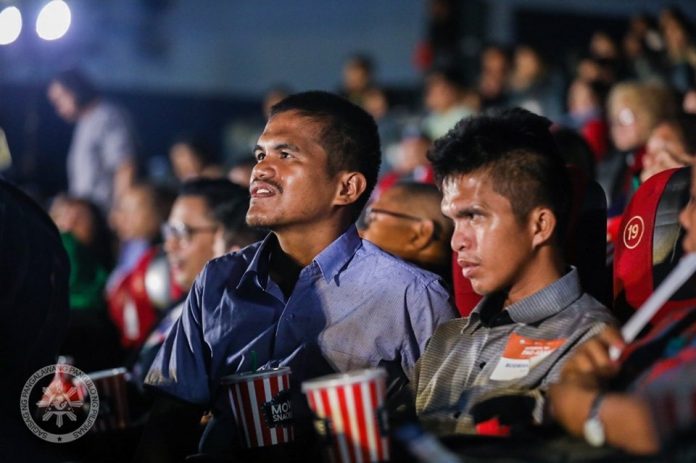 Two blind brothers Rodrigo and Robinson Rada were featured in ‘Yapak,’ a film by Romel Lozada.

One viewer, who attended the awards night hosted by Iza Calzado and Dingdong Dantes, said, “The film was so touching, it made me cry. Wanna praise the director for featuring the lives of two blind brothers.

“It really taught us one thing: to always look for brighter days.”

The film tells the story of Rodrigo and Robinson from Maasim, Saragani who work in the field harvesting and dehusking coconuts, sunup to sundown.

Separated from their parents, everyday is a struggle to support themselves. Their disability, however, has not hindered them from making a living.

Led by VP Leni Robredo, in partnership with Ayala Foundation, INPFF will continue to tell stories of hope.

VP Leni expressed, “We wanted to elevate the art of storytelling to inspire more people and give them hope to rise above today’s extraordinary times because the miracles that we need to shape our future are best told through the screen.

“If we are to send our message to our people in the most powerful way, we must choose the medium that makes them cry poignantly, laugh wholeheartedly, or be moved to action by empathy. That medium is film.”

VP Leni ended, “When we speak of hope, we do not just wait for something to happen. We strive to be defiantly hopeful by springing to action, so that our dreams will become reality.”