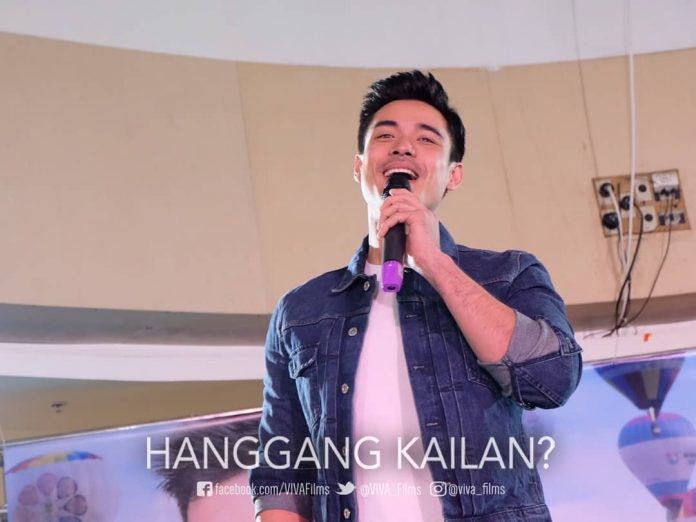 Xian Lim is today’s version of Diether Ocampo. He’s hot, finely chiseled jaw, and importantly, he’s not just a pretty face. ‘Hanggang Kailan’ will he wait for the big project after his movie with Angel Locsin and Vilma Santos (Everything About Her)?

‘Hanggang Kailan?’ is the perfect movie for Xian. Its trailer is out. His body language shows us that he’s one of better actors of his generation. And I believe that after watching him in Angel-Vilma movie. That was Xian’s best performance.

He won Best Supporting Actor from 1st GEMS Awards, 15th Gawad Tanglaw, and 33rd Star Awards for Movies for that movie. How great is that, right?

Bring all that energy Xian to this new movie, which was first promoted as ‘Baka Hanggang Dito Na Lang.’ Joining the hunk actor is Kapamilya actress Louise delos Reyes, who cuts hair for the film.

I hope moviegoers will realize now how good Xian is as an actor, so they will now prepare to watch the movie. Plus the narrative, that I believe, is interesting. It is directed by Bona Fajardo.

As what moviegoers always ask, what’s new? Why we should watch the film?

Watch it because it’s a Xian Lim film, and his good chemistry with Louise. Showing this February 6 in cinemas nationwide, released under Viva Films.