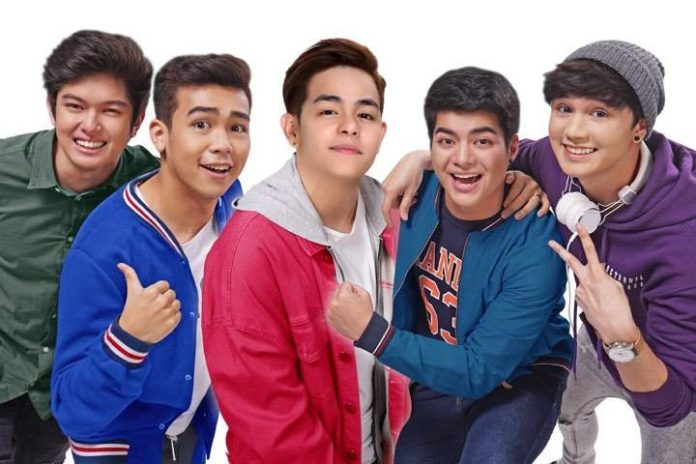 Julian has the pleasure of showing both his dancing and acting chops in the movie SQUAD GOALS. He plays Benj, an Engineering student who is a secret dance guru called “Young D.” He wears a mask in his dance videos on YouTube to hide from his father who frowns upon this passion of his.  He took up Engineering to be able to help out in their family’s failing business. As if juggling his studies and interest is not hard enough, Benj finds himself in some misadventures with his friends.  Will he be able to dance his way out of trouble? From the small screen, Vitto gets his first break in the big screen with the movie SQUAD GOALS that’s coming out this summer.  He plays Tom, son of a retired basketball player and a model/actress.  He is an HRM student and a varsity team captain who also happens to be a three-time MVP.  It is not surprising that he is hailed as the “It Guy” in the university.  But like a typical teen, he gets into various mischief with his friends.  Will he stay popular for the right things or be talked about for the wrong ones? Andrew Muhlach aptly plays the role of a class clown by the name of Nat in SQUAD GOALS.  He is the best friend of Tom (Vitto Marquez).  He comes from a middle class family, with his father earning a living by driving for Uber while his mother is affiliated with a networking company. Quick though he is in coming up with pranks, he is very slow when it comes to expressing his feelings for the girl he likes.  As he tries to figure out these matters of the heart, he engages in crazy antics with his friends. But the consequences will prove to be no laughing matter. This Summer, Jack will surely have girls swooning over his character in SQUAD GOALS.  Jack plays Pads, a Mass Communication student who works part time as a bartender.  This makes him drowse off during class.  Born and raised in Australia, he is yet to speak Tagalog fluently. He is tutored by a girl who seems to be the only one not affected by his charisma. Pads lives with his older brother, but he has also found some cool “bruhs” in the university. In times of adversity, to what extent can their brotherhood help him? Dan Huschka widens his acting experience with the movie SQUAD GOALS. He plays Hans, a shy type music genius who keeps getting gigs as a DJ.  In the process, his studies are taken for granted.  He has a set of friends, but he tries not to be attached to them as he knows he and his mom will go back to Germany anytime to see his father. This became exceptionally difficult to do when he met a girl who shares his musical interest.  In the midst of his personal issues and academic struggles, will Hans open up to his friends after all?

Catch the #FBOIS on the following dates and venues: