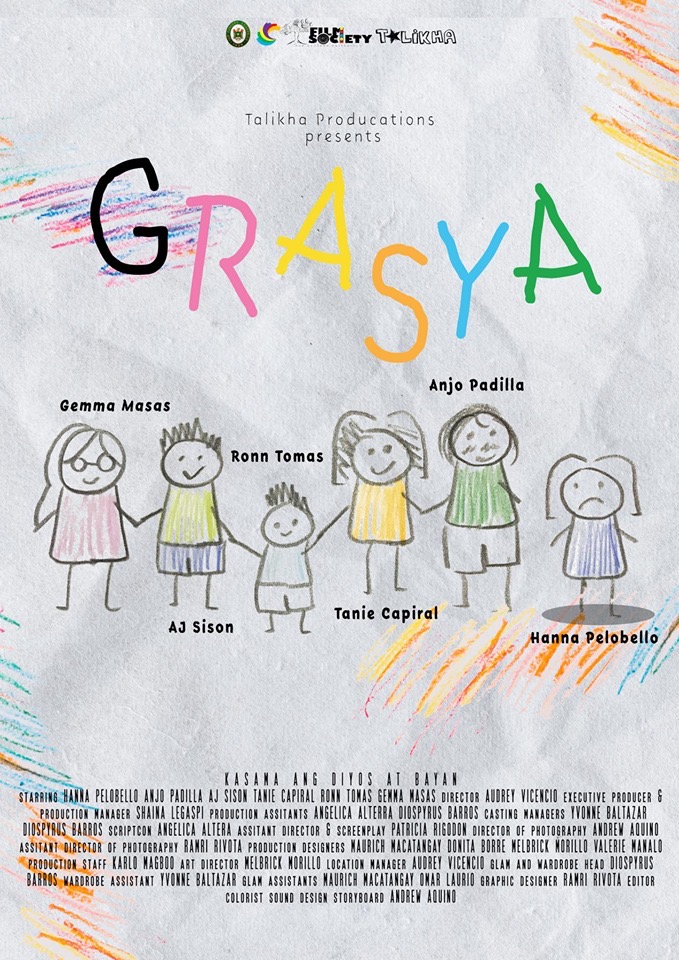 A short film, which is about a political family trying to make use of their household help’s pregnancy to bolster the patriarch’s campaign, will compete in the WOW International Film Festival at the Maison De Culture Ibn Zaydoun in Tunisia from March 2 to 8, 2020.

“Grasya,” a film directed by recent Far Eastern University Communication graduate Audrey Vicencio, has been officially selected out of 3,150 films from 119 countries that the film festival has received.

In the film, which was produced as a requirement for their Cinema Production or CNM2 class, the family matriarch (Tanie Lambohon Capiral) finds out that their housekeeper (Hannah Pelobello) is pregnant. The latter claims that she is pregnant with God’s child. The family plans to use her as part of their election campaign amid the protest of their eldest son (AJ Sison). Pelobello and Sison are both members of the FEU Theater Guild. The late Anjo Padilla played the role of the patriarch in one of his last films.

“The whole experience was an experiment.

The story itself was far from ordinary. It challenged me in terms of how I will show the story in a way that ‘this’ can happen or ‘what if’ it is happening,” Vicencio, who also served as Chief Photographer of the school’s official student publication FEU Advocate, shared.

“To add a concept that the household is a metaphor of the government here in the Philippines pushed me to dig deeper in their characterization and to show it as realistic as possible,” the filmmaker added.

Festival director Elmahdi Souissi revealed that the organizers want “to project films around the theme of women” to honor them through the event.

Apart from being an opportunity to meet filmmakers and producers from different nationalities, the event also aims to promote art and cultural tourism to build a way for the future film collaborations.