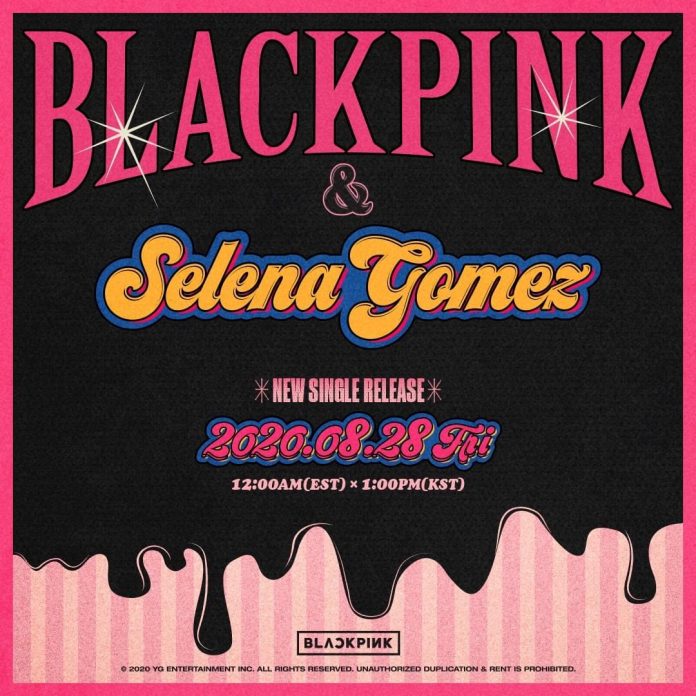 “Special delivery!” she tweeted, along with the brief video snippet, in which the members of the K-pop group peek their heads out of holes in an ice cream mural as Selena drives by in a Good Humor truck, dressed for summer in a pink and white striped bikini and sailor hat.

The poster also reminds fans of the single’s scheduled release date, which is scheduled to drop Friday (Aug. 28) at midnight EST/1:00 p.m. KST.

Earlier previews of the superstar collab featured shots of Jisoo, Rosé, Jennie and Lisa, with each member wearing similar vintage ’70s-inspired looks filled with with lots of lots of bright colors, flower power and macrame. Gomez also called the chance to work with Blackpink “a big, big dream for me” during a love-filled FaceTime call earlier this week with the foursome.

“Ice Cream” will be the second pre-release single off Blackpink’s long-awaited debut album, Blackpink: The Album, due out on Oct. 2 via YG Entertainment.