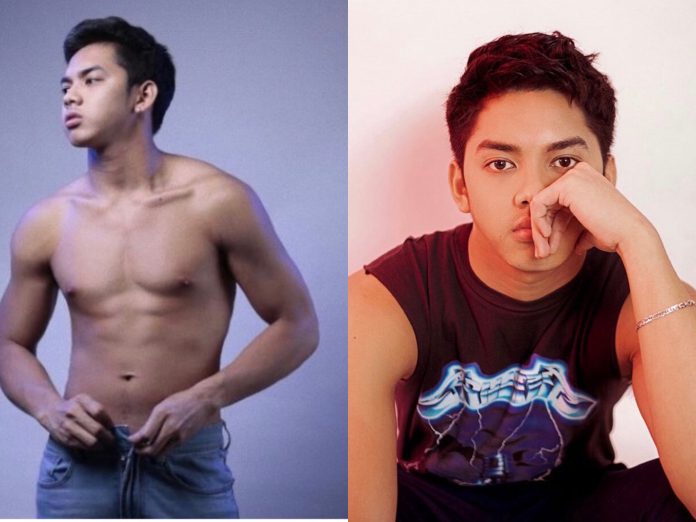 Whatever is going on in the internet, Sean is definitely not paying attention. Recently, he received hateful comments about his behavior.

The young lead actor wants to prove to his critics that he’s more than just a pretty face and a sexy body.

Sean auditioned for the role. It goes to show that director Joel Lamangan saw something special in him.

HOW SEAN CONVINCED HIS MOTHER TO GO NAKED

If his Nay Len (manager) supported him right away and knew he would pull the role off, Sean’s mother at first didn’t approve.

His mom is supportive too but didn’t want him to go naked in “Anak ng Macho Dancer.”

The former “Walang Tulugan” dancer said it took him days to convince his mother.

For Sean, being “Anak ng Macho Dancer” is such a big role to carry. Thanks to director Joel for giving his moment.

Will never forget that big moment, Sean got an advice from the actor: “Just Be Yourself.”

“Anak ng Macho Dancer” set to show in cinemas next year. It will for sure highlight Sean’s acting ability.

And yes, he’s not exempted from bashing. There are haters out there. They can say whatever they want. But Sean continues to live.

He’s still part of Clique 5 with almost 50,000 followers on Instagram.