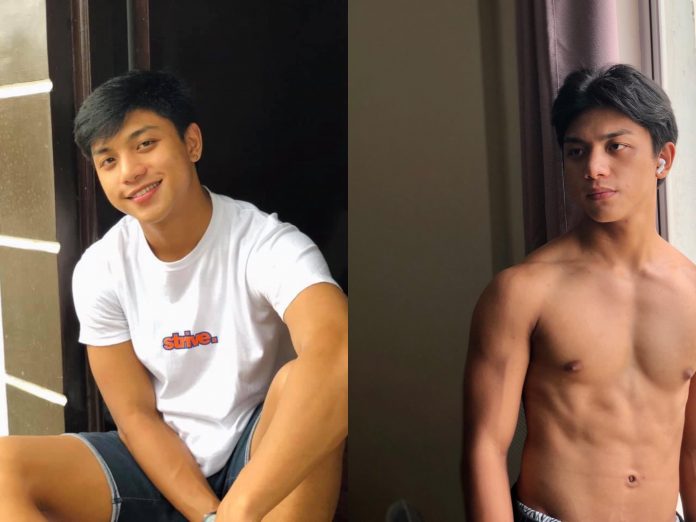 New Kapuso actor Royce Cabrera has been known for his bold portrayals in indie films, but this Saturday, February 6, he takes on a daring character of Makoy in television.

Blessed with a comfortable life and a happy and complete family, Makoy could not ask for more.

But everything starts to crumble when his parents succumb to their vices, his mother is put to jail and his father is at the brink of his death.

At a young age, he is forced to take care of his parents and his brother, pushing himself to become a sex worker.

But how long will he endure being a sex slave to his customers? What are the dangers waiting for him in this path he has chosen? Can he make his family whole again even if he is already too broken?

Witness the outstanding performance of Royce Cabrera in the “MASAHISTA FOR HIRE” episode of Magpakailanman, together with Neil Ryan Sese, Khim De Leon, Rob Sy, and Alma Concepcion.

This is directed by Mark Dela Cruz, researched by Karen Lustica, and written by Benson Logronio.

Beginning February 6, Kapuso viewers are in for a treat as everyday people take on the challenge of a lifetime with show-stopping performances in an attempt to be hailed as a great pretender on GMA Network’s newest reality game show ‘Catch Me Out Philippines.’

Based on the popular UK original and a first in Philippine entertainment, Catch Me Out Philippines follows two amateur contestants who will go through weeks of intensive training with mentors and each with a different performance to master – from aerial silk dance to beatboxing – aiming to trick the viewers and celebrity catchers into believing that they are professional entertainers while performing alongside actual experts.

The impostor who manages to dupe the most members of the audience is hailed as winner.

Catch Me Out Philippines is headlined by no less than well-loved comedian Jose Manalo who is known for his top-notch hosting skills that can liven up any crowd.

Joining him is comedienne-singer Kakai Bautista and Kapuso hunk Derrick Monasterio whose witty banter as Celebrity Spotters, together with ten Celebrity Catchers, is sure to amuse and perhaps confuse the viewers in guessing who among the performers is the amateur.

Kakai, in turn, expresses her excitement upon being chosen as part of Catch Me Out Philippines, “Noong nalaman ko ‘yung role, na-excite talaga ako. Kasi kaming mga komedyante, people don’t get to see our other side. ‘Yung marunong din sila, hindi lang sila nagpapatawa. Na-excite ako na I will get the chance to state my opinion about something that I really love, which is entertainment, like insights ko sa performances. I’ve been in theater for 20 years now and in showbiz, nabigyan talaga ako ng chance. I’m very grateful that people will see a different side of me, hindi lang makulit, but may say rin sa mga bagay specially sa mundo ng entertainment and that excites me every taping.”

Meanwhile, Derrick recounts how he relates to the show, “Actually, mare-relate ko ang Catch Me Out sa life ko in the sense na I was an amateur before and then I trained with one of the most prestigious choirs in the world. Na-train ako sa kung anong kaya kong gawin ngayon. Before I entered showbiz, noong nasa choir pa ako, pumupunta kami sa iba’t ibang bahay para kumanta at mag-entertain ng tao. ‘Yun ‘yung similarity ng humble beginnings ko with the show.”

Be awed by surprising performances and take a guess who among the performers is the greatest pretender in ‘Catch Me Out Philippines’ – under the helm of esteemed director Rico Gutierrez – starting February 6, Saturdays, 7:15pm, on GMA-7 and February 7 on GMA Pinoy TV.

For the program guide, visit www.gmapinoytv.com.