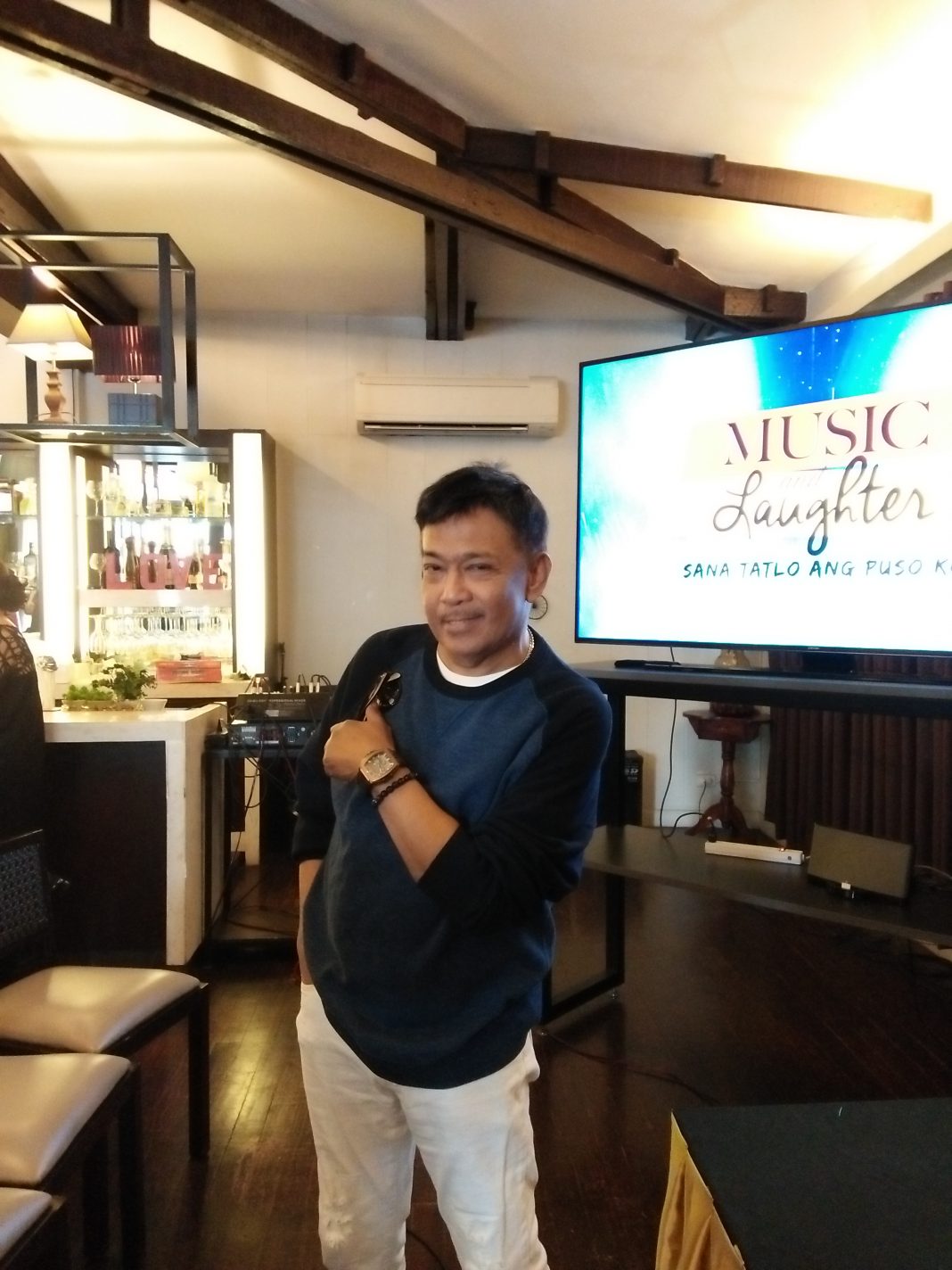 There is no stopping Rico J. Puno from being naughty and funny after his successful heart operation. His source of smile and strength, daughter Tosca is joining him together with Marissa and Giselle Sanchez in “Sana Tatlo Ang Puso Ko” at Solaire. The music icon regains his energy, fully-allowed to perform according to his doctor.

Known as country’s “Total Entertainer,” he was awarded by Aliw Award as Entertainer of the Year during his time, making hits and concerts locally and globally. He is one of the most attended concerts in Araneta, hailing him as today’s icon.

Truly a Pinoy icon who celebrated his 40th year anniversary in music and entertainment in 2017. He’s back again after his successful heart operation. According to total entertainer, he is judging again Showtime’s Tawag Ng Tanghalan.

Tosca describes him as the most loving, giving and caring father. She knows his father as someone who helps many and always ready to extend his heart to Filipinos. Asked if he’s running, yes, the TNT hurado is running for councilor in Makati City under Junjun Binay. Not ambitious, Rico just wanted to help and serve.

Marissa Sanchez shares that the councilor is one of her mentors. She remembers how Rico gave her projects. “Isama nyo po si Marissa and Giselle,” Rico to producer as narrated by Marissa and Giselle. That shows how generous and kind he is, that’s why God extends his life.

If there is one singer who pulls both being naughty and funny, he tops the list. He has that power of throwing green jokes that make viewers scream and shout. But behind that naughtiness, Rico never takes advantage.

Both Marissa and Giselle agree that he’s a kind and gentleman. The wonderwoman comedienne says being naughty on stage doesn’t sum up the wholeness of a person. At the end of the day, Filipinos love hearing that kind of joke, that make them laugh.

Expect hit songs from the Macho Gwapito plus the women of comedy who are ready to share the same bed with him. Who is the wife? Who is the mistress? Live at The Theatre at Solaire, catch Rico, Marissa, Giselle on November 23. Not just two but three!