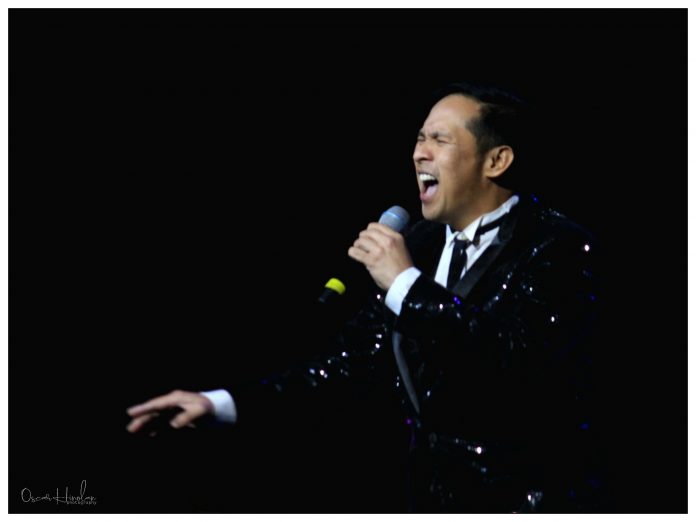 Music indeed brings people together and the biggest proof of this, the Pinoy Playlist Music Festival 2018.

Music aficionados ang lovers of anything and everything that is original Filipino music and more come together to listen and watch in the Maybank Performing Arts Center at the Bonifacio Global City.

More than 100 plus Filipino artists are set to entertain, perform and share their songs and music to audiences who wants and definitely will have the time of their lives as they get the opportunity to witness and hear world class Filipino artists perform.

Among the performers is Reuben Laurente. His Trip Ni Bentot is slated on October 19 and the singer is ecstatic to share his kind of music.

Laurente begins. “I have prepared a show that would basically have a little of something for everyone. This is only a 45 minute show which will offer a good mix of old and new, some our tribute to my musical icons, some are songs that are definitive of my journey as an artist. Trip Ni Bentot is very literal, as these are the things and the songs na ‘trip’ ko , that I know a lot of my audience can identify with, either because it’s their decade, or it’s a song down each one’s memory lane.”

“It’s special show because after six years, my my last lounge show in Manila was in 2012, i am staging a show again here in my own country, performing to my countrymen,” Reuben carries on.

“Unbeknownst to most people, i have been a seafarer for 10 years now, performing in the high seas, to an international crowd, and it’s always something that i’d look forward to, doing a show in my native country.The difference is since we are celebrating FILIPINO MUSIC across all genres and decades, I am doing an all Filipino repertoire, an eclectic mix of genres and vocal styles but truly Filipino; literally from A to V…Nicanor ABELARDO to V…hmmmm will be revealed during the show.”

Of the many songs, Laurente’s close to his heart picks are, “Pakisabi Na Lang, Cayabyab Medley, and Basil/Nonoy Medley,” says the singer.

He explains, “Each one plays a significant part of my life as an artist. Pakisabi Na Lang was the song i recorded in 1994 when i was still a member of the Philippines’ premiere vocal group – The CompanY; Cayabyab Medley because everybody loves a Cayabyab song, and I have songs that I would want to reinterpret from Mr C’s catalog and this is my chance to do my own take on them; Basil/Nonoy Medley: this is just a song from Mr Basil Valdes and a song from Mr Nonoy Zuniga, two songs that I picked from two of my ultimate Filipino male icons. In 1986, I even joined a Nonoy Zuniga sound-alike contest produced by Nonoy’s recording company at that time, Telesis Records, under the late and great record producer Margot Gallardo and composer Willy Cruz. I lost the contest but it was fine, it was surreal but awesome because after five years, i’d be able to meet Margot again, as The CompanY’s record producer. Such a small world!”

What song will best describe his life now? Reuben’s quick reply, “That would be Ryan Cayabyab and Jose Javier-Reyes’ “Minsan Ang Minahal Ay Ako”, cause it’s always been a dream of mine to perform in my own country and be appreciated by our own people, that’s how i take this song into my heart…i do not even know if i can say “Na minsan ang minahal ay ako…” but I focus on people that believe in my craft, and it is because of them that I still am doing what I am doing, performing. It is because of them that I push myself to work hard and hone this craft further more because, I know I  can still make my craft even better, if i focus on the ones that believe me, and claiming God’s word in Romans 8:31 “If GOD is with us, who can be against us.”, a line I always claim when the spirit of doubt sets in.”

Laurente states, “I don’t have any reservations when I pour my heart out singing songs. This is the most vulnerable state that I can be, it’s really when I sing stories that you can see through me.”

His final message, “Please support the Pinoy Playlist Music Festival 2018. It was the brilliant idea of PPMF’s triumvirate namely Moy Ortiz (Musical and Artistic Director of The CompanY), manager and OPM advocate Noel Ferrer, and Maestro Ryan Cayabyab, to create and curate the PPMF 2018. It is a venue for Filipino artists to show the public and the nation that we are one in supporting the Original Pilipino Music and the Filipino Artist. This will be a reminder for the Filipino artists to be inspired to commit to create living memories out of the music that we create. Let’s support and keep the flame of Filipino music and artistry burning.”

Tickets are available at Ticketworld.com.ph.