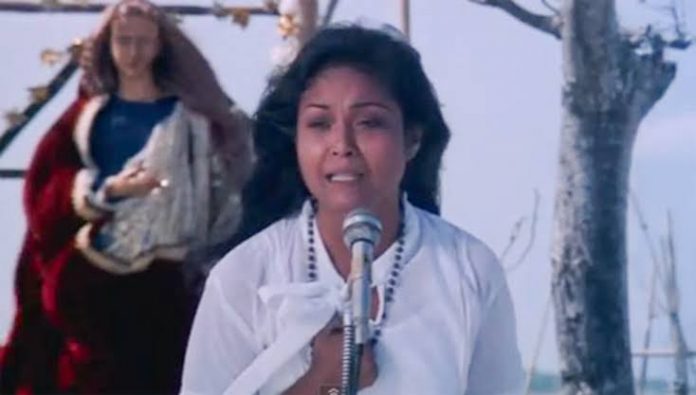 In the Philippines, Lenten season often coincides with summer.

Besides being a time of reflection and prayer, it also the time of taking stock on how to spend the holidays wisely and contemplatively. It is also the time to indulge in some form of recreation such as watching religious or inspiration movies.

For your rest, recreation and even reflection, here are some recommended Pinoy movies for your  Holy Week movie marathon.

Himala (1982)- Directed by National Artist Ishmael Bernal  in 1982 and penned by multi-awarded screenwriter Ricky Lee , the movie is based on a true incident of a teenage girl in Cabra Island in the province of Occidental Mindoro between 1966 and 1967.

In 1982, it became the first Filipino film to be shown in the “Competition Section” of the prestigious Berlin International Film Festival.

Superstar Nora Aunor is best known for her performance in the film as the visionary Elsa. Her portrayal is considered by most Filipino critics as the best of her career.

Kristo (1996)- A Filipino cinematic interpretation of the life of Jesus Christ, this movie was produced by Cine Suerte Productions and Oasis of Love Movement (by Fr. Sonny Ramirez, OP, host of the telemagazine Sharing in the City.

Based on the combined Gospels of Matthew, Mark, Luke, and John, it is depicted as happening in pre-Hispanic Filipino society with ethnic elements and some aspects of Ancient Rome and first-century Judaea.

Ikaw ang Pag-ibig( 2011)-This was the swan song of Director Marilou Diaz Abaya. The movie was released by Star Cinema with Archdiocese of Caceres and Marilou Diaz-Abaya Film Institute and Arts Center. It commemorates the tercentenary of the devotion to Our Lady of Peñafrancia, the patroness of the Bicol Region in the Philippines.

San Pedro Calungsod: Batang Martir (2013)-An entry to the 2013 Metro Manila Film Festival, the movie is about the life and martyrdom of the Pedro Calungsod, the second Filipino saint. A Roman Catholic young Filipino saint, a migrant, sacristan  and missionary catechist, he suffered persecution and martyrdom in Guam, along with Spanish Jesuit missionary,  Diego Luis de San Vitores, for their missionary work in 1672.

Birhen ng Manaoag (2005)- This was a replacement movie project for director/producer Ben Yalung. He was supposed to do a film on the Lady of Guadalupe but it was very expensive since it needed filming on locations in Mexico. Through Father Sonny Ramirez’s advice, he looked at the Birhen ng Manaog as a good film on the Virgin Mary.

Mother Ignacia, Ang Uliran (1998)- was a Filipino Religious Sister of the Roman Catholic Church during the Spanish era.

Known for her acts of piety and religious poverty, founded the Congregation of the Sisters of the Religious of the Virgin Mary, the first native Filipino female congregation with approved pontifical status. Mother Ignacia del Espiritu Santo was declared Venerable by Pope Benedict XVI in 2007.

She is the patron of advocates of women’s rights and women’s retreat movements.

Sister Faustina was a Polish nun who ran away from home to enter the monastery. She claimed that Jesus Christ appeared before her and gave her the mission of telling the world that He is coming as a merciful Savior. Nobody believed her at first and they thought that she was going crazy. In the end, people accepted her and became devotees of the Divine Mercy of God. This movie promoted the 3 O’Clock Habit in the Philippines and in other parts of the globe.

Lorenzo Ruiz… The Saint… A Filipino! (1988)- He is the first Filipino saint venerated in the Roman Catholic Church; and thus the protomartyr of the Philippines. He was killed for refusing to leave Japan and renounce his Roman Catholic beliefs during the persecution of Japanese Christians under the Tokugawa Shogunate in the 17th century.

Saint Lorenzo is patron saint of, among others, the Philippines and the Filipino people.

The movie chronicles the life and times of  Lorenzo Ruiz de Manila.

Ano ang Kulay ng Mukha ng Diyos? (1985)- A drama film by multi-award winning director by Lino Brocka based on the true story account by Severino Lopez, the movie follows the story of a young girl who was born blind but never loses her faith in God amidst the trials despite her handicap.