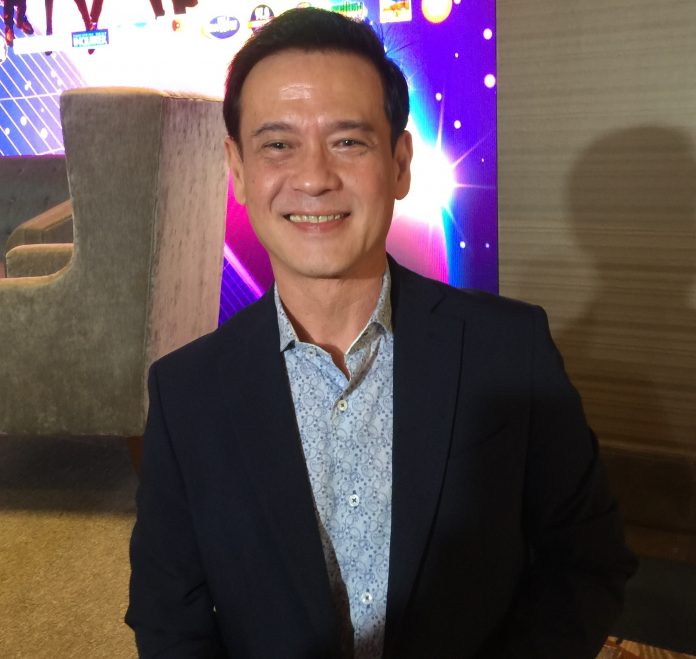 80’s star Raymond Lauchengco reminisced ‘Bagets’ days, his co-stars, and its impact to his life as an actor.

At the age of 18, Raymond tried showbiz, and became one of the hottest teen idols of the 1980s. He was being branded as the “sosyal” or “elitista” guy, who would talk in his decent, careful way.

The iconic movie ‘Bagets’ highlighted his career, making him as one of the most popular artists. If given a chance to do the film again, Raymond would still do it.

Or if his role will be offered to one of today’s young stars, Raymond answered that he will give it to young star whose charm is there.

He considered 80’s as his year, where he experienced everything. “80’s represented freedom,” he added.

On May 18, Solaire Resort & Casino will bring you back to the era of move and groove with INTO THE 80s – a retro concert featuring Philippine 80s music icons Gino Padilla, Jett Pangan, Raymond Lauchengco, Lou Bonnevie, and Jam Morales.

Directed by Toto Gentica, Script by Henry Tejero, and choreographed by Butch Esperanza, Raymond will showcase his move and groove at The Theater at Solaire.

He’s forever grateful to 80’s. As an artist who fulfilled already his truest expression, Raymond sent a message to young artists who want the same spotlight.

“Wag po tayong manggaya. That’s my only advice. We should sound like ourselves.”