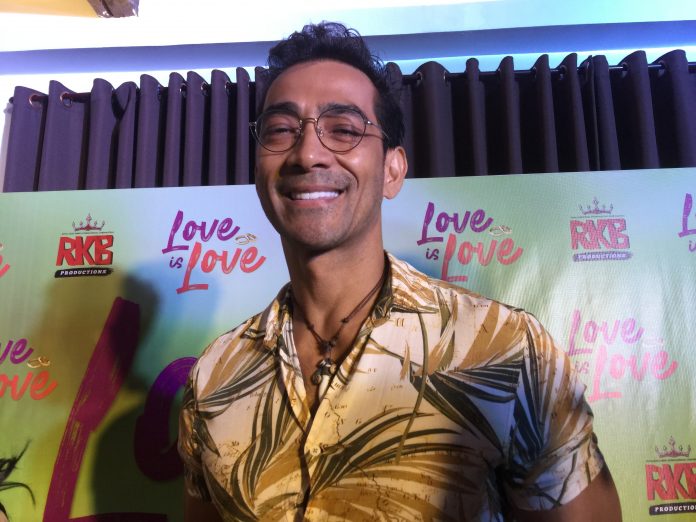 Raymond Bagatsing is an open book when it comes to his sexuality—but despite his honesty on the topic, the “Love is Love” actor recently revealed that people are still very “confused” by his sexuality.

In a recent interview, Bagatsing was asked what’s his real identity and he sincerely answered, “I’m human.” He also explained that he’s open and changing, and not gender binary-based. “So you’re confused,” one reporter asked. He clarified, “No, I’m not confused.”

The brilliant actor added that he doesn’t want to label himself as specifically “that” gender. He’s just a human, who’s loving, kind, compassionate, and open to all possibilities.

His revelation taught us that there are real men who actually had the “pure” in them, who are honest and open.

What he knows for sure is that love knows no age, color, and gender. “Love is love,” he said.

Bagatsing is known for his being “deep” and “real artist.” But when it comes to loving, he’s just a pure man. He discussed his role in GB Sampedro’s “Love is Love,” produced by RKB Productions.

Portrayed many gay roles, he is always sure about portraying them. He doesn’t want to limit his capacity as an actor and that he always studies and researches every role given to him.