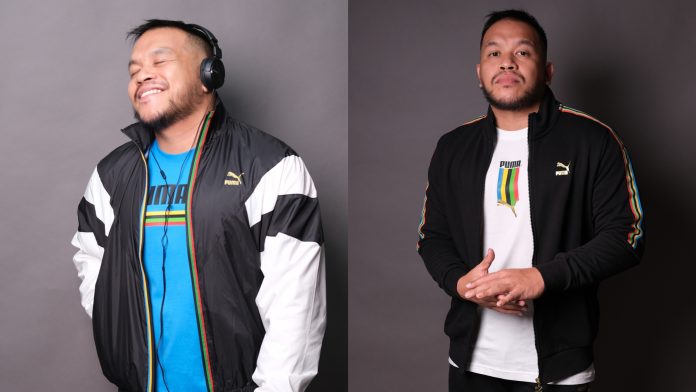 Charming and creative artist Quest rose in the Pinoy music scene for his beautiful tone with hits like “Sige Lang,” “Walang Hanggan,” and “Paborito.”

About the song, he shared, “I truly believe life will only get better and it’s always up to us and how we respond to our every day. Life will always be filled with good and bad moments, people, opportunities. I maximize what I currently have. Stay grateful in the now. But also aim to grow and succeed along the way.”

As an artist, Quest believes there are many talented Filipino artists out there who need to be heard globally. “We are flooded with world class artists,” he said.

Lucky there’s Warner Music Philippines (WMP) who wants to help and promote these Pinoy singers who want to get their global spots.

The campaign aims to showcase Pinoy musicians through borderless platforms while creating opportunities for them to team up with other artists around the world.

WMP is pairing domestic talent with Filipino producers and/or Fil-Global artists through GLOPM.

The initiative aims to be a leading source of original and diverse Filipino music, with tracks that reflect the culture and shared experiences of every Filipino.

With this, WMP makes it possible for domestic and international musicians to learn from each other, as well as create music that will resonate with Pinoys across the globe.

GLOPM launched its first set of releases. Indie-pop duo Leanne & Naara collaborated with internationally acclaimed producer August Rigo, who is known for his work with Justin Bieber, Chris Brown, Sean Kingston, and BTS among many others, for the single titled “Anticipation.”

reon on the other hand, recorded “Back To The Times” with Grammy-nominated record producer Xerxes Bakker who worked with Maroon 5, Snoop Dogg, Imagine Dragons, Cee-Lo Green, Ella Eyre, Tungevaag, and Quintino.