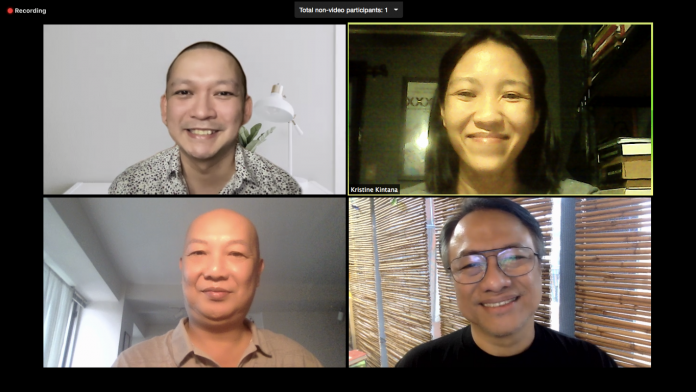 With the pandemic far from over and cinemas still closed, QCinema International Film Festival jump cuts the challenges and proceeds again with a hybrid festival.

In 2020, the festival pivoted to the new normal with a festival that featured socially distanced and by-invitation-only physical screenings coupled with online streaming.

This year, from November 26 to December 5, 2021, QCinema says it will again feature physical screenings and online screening. The latter will be in cooperation with KTX.

Festival director Ed Lejano says, “High profile film festivals from all around the world have embraced this format. Our experience last year also proves that a hybrid festival is the way to go.”

He states that the online component widened the festival’s reach with more viewers outside Metro Manila gaining access to the festival.

“With the inevitable and imminent shift to the digital space for appreciation and exhibition of films due to the pandemic, KTX believes that it is an exciting time to expand the already huge following of QCinema, one of the country’s foremost film festival, to the entire Philippines, and even the world,” says the KTX top honcho, Enrico Santos.

Adds Gian Carlo Vizcarra, head of its business development and operations, “We are very honored to be a part of this year’s QCinema Film Festival and we are excited to bring and tell the timely stories of our filmmakers from all over the world.”

The film festival is regarded as one of the leading international film festivals in Southeast Asia and is the flagship project of Quezon City Mayor Joy Belmonte aimed at pushing forward Quezon City‘s brand as the film capital of the country.

For the fourth time this year, it has been hailed as the Best Film Festival by the Society of Filipino Film Reviewers.

Earlier this year, the festival organizers announced six short films competing in its #QCShorts section. Each film receives a production grant worth 350,000 pesos with ownership of film rights.

These are Skylab by Chuck Escasa; Ampangabagat Nin Talakba Ha Likol by Maria Estela Paiso; i get so sad sometimes by Trishtan Perez; MIGHTY ROBO V by Miko Livelo and Mihk Vergara; Henry by Kaj Palanca; and City of Flowers by Xeph Suarez.

Aside from the physical screening and online streaming of its films, the film festival will also host a variety of online and offline events.