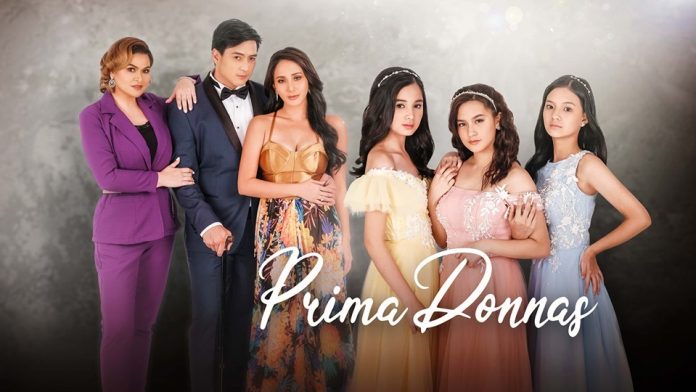 Due to insistent public demand and in celebration of its first anniversary, GMA Network brings back to Filipino homes the favorite and well-loved drama series ‘Prima Donnas’ beginning Monday, August 17, on the Afternoon Prime block.

The all-star cast gifts its loyal fans and followers with a recap of the heartwarming series which they have consistently followed since its pilot airing.

As the top-rating drama airs anew, the cast members expressed what they feel about the recap, their unforgettable experiences on set, and what’s in store for the Kapuso viewers in the coming episodes.

Veteran and award-winning actress Ms. Chanda Romero, who breathes life into the sophisticated matriarch Lady Primarosa Claveria, believes that the recap will reintroduce the show back into the viewers’ lives, “Because of this pandemic, parang the whole world stopped. Our taping had to stop. The telling of the beautiful story of Prima Donnas stopped.

“Ngayon, with the airing of the recap, we can refresh everyone’s memory. So this is our way to reintroduce our show to the viewers, bring back to mind what some may have forgotten bago namin ituloy ang kwento na naging part na of their everyday life.”

Multi-awarded and one of the industry’s formidable actresses Ms. Aiko Melendez who portrays Kendra, the main antagonist in the series, is delighted with their return and teases fans on what to anticipate in the series, “Happy and excited that we are finally airing again. We know our viewers have missed us so much.

On the other hand, excellent character actress Katrina Halili who plays Lilian Madreal, mother of the Donnas, is also elated with the retelling of the story, “Happy ako kasi mari-refresh ang aming viewers para maka-keep up sila kapag may fresh episodes na.

Bannering the show and playing equally vital roles are three of GMA’s brightest and sought-after teen stars: Jillian Ward as Donna Marie, Althea Ablan as Donna Belle, and Sofia Pablo as Donna Lyn. The three of them shared what their fondest memories are while taping for the soap.

“I think it’s whenever Direk Gina (Alajar) and our acting coach guide us for each scene. I learned so much as an actor and as an individual, and that alone, is unforgettable for me po,” says Jillian.

Take a trip down memory lane and don’t miss the highly-anticipated recap of ‘Prima Donnas’ – under the helm of esteemed director Gina Alajar – beginning August 17, weekdays at 3:25PM, only on GMA Network.

Heart Evangelista has a musical treat for her fans