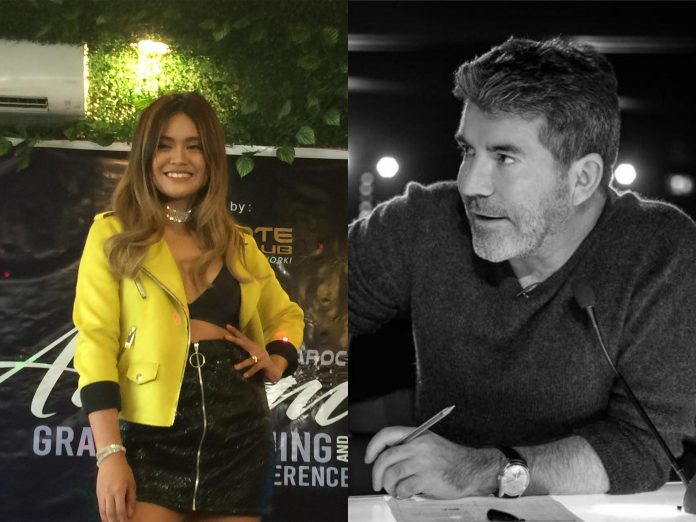 It was the best moment of her life said Pinay singer Maria Laroco when she got to meet TV producer and judge of X-Factor UK Simon Cowell.

The 18-year old singer shared that meeting Cowell was a dream come true. Growing up, she used to watch the tough judge on TV.

She added that talking to him was like talking to her father, telling her what to do, to reach for her dream, and to sing from her heart.

After her colorful journey on X-Factor UK 2018, she has released her debut album entitled “Just Maria” and is now available in various digital platforms.

The album talks about herself as an artist, her style, her sound, her expression, and her journey. It will be released internationally via the label Ordic Records.

Joining the famous singing reality competition opened a lot of opportunities for her. She was able to see the world and showcase her artistry. She is a proud Filipina who wants the world to hear her songs.

Maria is excited for big and exciting surprises for her supporters. She is also eyeing for big concert.