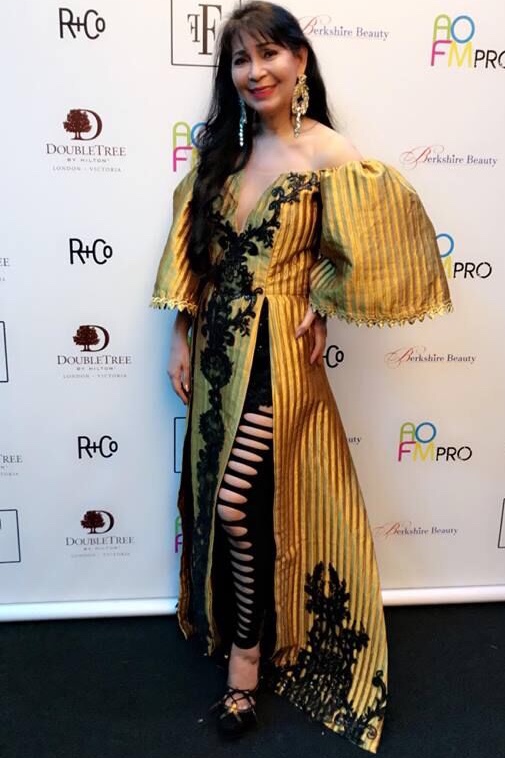 Joyce showcased her collection. She competed against designers from Denmark, Norway, France, and others.

From war trophy to goodwill symbol, the inspiration of Pinay designer’s collection is the victory of the return of the Balangiga Bells to the Philippines. The bells were taken by the Americans as war booty from the town of Balangiga in the province of Eastern Samar during the Philippine-American War of 1901.

“I said, why not it’s interesting so I did some research and then I came up with the collection. I used silk, embroideries appliques lace, pearls, crystals, and shells.

“It took me a lot of research as well as I studied the fabrics I will use that would suit my design. I didnt have enough sleep as I had to put bead works and put the crystals to make it sparkle. But all the efforts paid off when they called my name for first runner up. To god be the glory.”