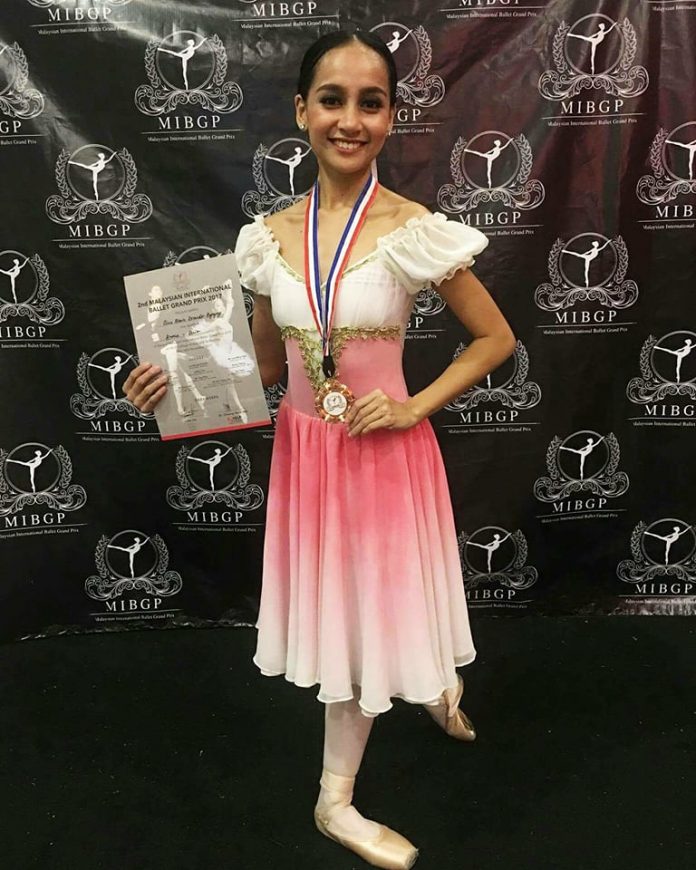 The competition, which ran from November 26 to 30, was divided into three stages — preliminary, eliminations and final. Participants were judged based on both classical repertoire (80%) and contemporary pieces (20%).

After the total score was accumulated, Bugayong was among the ten finalists who got into the final round of her category.

She eventually became the first Filipino who made it to the top three of the said competition.

The DLS-CSB scholar is grateful to dance faculty Nina Anonas, her coach for ballet who joined her in Malaysia; dance chair Christine Crame, her mentor for contemporary; and associate dean Dr. Sunita Mukhi for her support to the Benilde’s Arts and Culture Cluster.

The MIBGP organizers, witnessing the growth of ballet and the performing arts scene, worked with the HELP College of Art and Technology to launch the competition in 2016. The event aims to provide opportunities for all dance enthusiasts globally, boost the status of dancing, build integrity and friendship among dance enthusiasts, and share the knowledge of ballet.

Bugayong started her classical ballet training when she was just three years old at the Vella C. Damian School of Ballet, Inc. where she learned the Australian Conservatoire of Ballet Syllabus under the tutelage of Damian herself. The National Commission for Culture and the Arts named her one of its Ani ng Dangal awardees the following year for her achievement.

She performed the role of Black Swan in Crame’s contemporary choreography of Swan Lake with the Saint Benilde Romançon Dance Company and also played the part of Ina in Brillante Mendoza‘s Ang Pagtatapos which aired on TV5 last April 22.