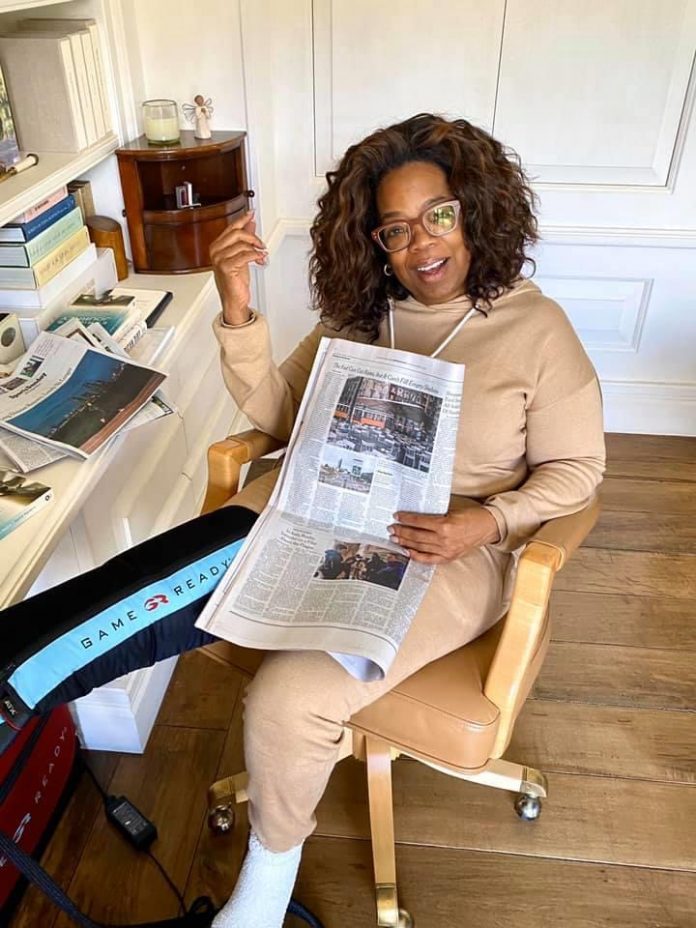 Apple and Oprah have established a multi-year multi-project deal, and the latest TV show to come out of that agreement is “The Oprah Conversation,” which is set to premiere on July 30.

“The Oprah Conversation,” which is being filmed remotely during the ongoing public health crisis, will feature interviews with the “foremost newsmakers, thought leaders, and masters of their craft.”

In the first episode, titled “How to Be an Antiracist,” Oprah will interview professor and author Ibram X. Kendi, who is the director of the Center for Antiracist Research at Boston University.

Oprah has already teamed up with Apple for several projects including Oprah’s Book Club, “Oprah Talks COVID-19,” and “Dear…” which stars Oprah in one of the episodes.

The first episode of “The Oprah Conversation” will launch on Thursday, July 30 at 4:00 p.m. Pacific Time.