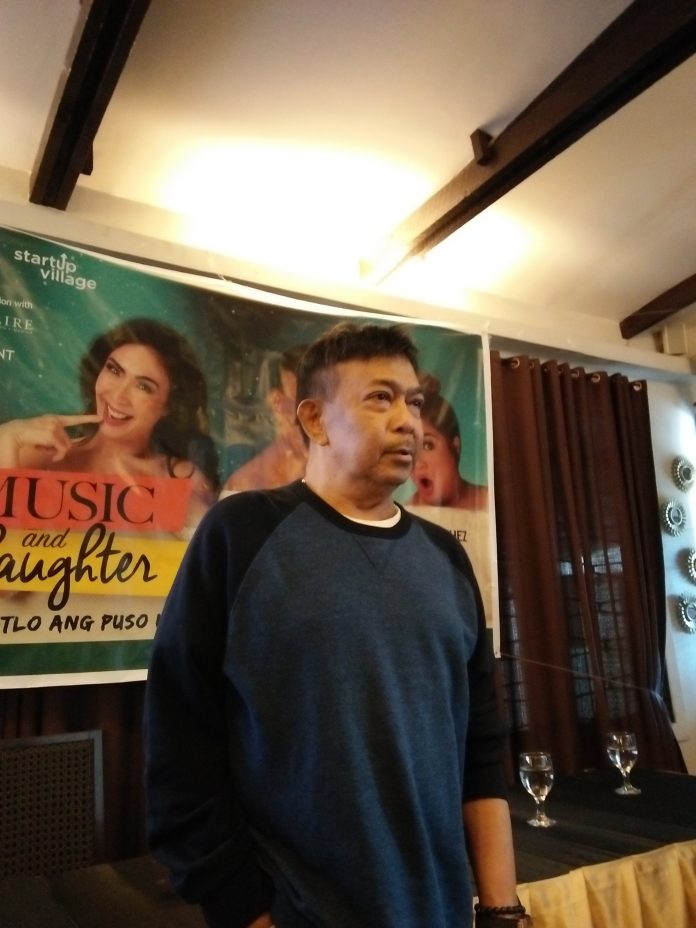 The sudden passing of OPM legend Rico J. Puno came as a major shock to many, and mourned his demise.

Puno, regarded as one of the prime movers of OPM, wowed and left us with a line up of popular national anthems such as his unque version of Barbra Streisand’s “The Way We Were,” “Kapalaran,” “Buhat,” “Macho Gwapito,” “Lupa,” “May Bukas Pa,” “Ang Tao’y Marupok,” “Magkasuyo Buong Gabi” and “You and I.”

When singer Tosca Puno was asked about the concert of his father on November 23 at the Theatre at Solaire, she said, “I know my Papa will say – the show must go on!”.

It was announced recently that “Music and Laughter: Sana Tatlo Ang Puso Ko with Giselle Sanchez and Marissa Sanchez, will push through to pay tribute to the Total Entertainer.

Joining the show are Marco Sison, Nonoy Zuniga, Nanette Inventor and Eric Nicolas, with the special participation of Tosca Puno and Rox Puno.

Giselle reminisces, “I just love how the audience laugh and fall off their seats from our jokes. Only Rico and I can pull something that naughty and still appear respectable after the show. I am so happy that so many stars have agreed to join this musicale because this is exactly how Rico imagined it to be. He had so many ideas and was so excited about our concert and he told us this will be our biggest concert in 2018. Rico, we promise not to let you down. This will still be our biggest concert in 2018 and you are the biggest part of it. We love you Corics.”

Marissa promises, “the show is going to be filled with the spirit of Kuya Rico J as if he is (still) alive. it will definitely be a happy and enjoyable show like how he wants it. I will miss his uniqueness; his brand of green comedy is something that he gets away sweetly without being grossly offensive.”

From Sir Gerry Matias, Rico’s long-time Musical Director, “We expect that all who will participate in the tribute show will deliver a very nice interpretation of Rico’s songs. I will surely miss his performance as a total entertainer and his jokes.”

Eric Nicolas says in conclusion, “He is a good adviser. His green jokes will be truly missed.”

Expect the unexpected on November 23, at the Theatre at Solaire, an affair to remember filled with music, hilarity and reminiscing.

“MUSIC AND LAUGHTER: A TRIBUTE SHOW FOR RICO J. PUNO” is presented by Grand Leisure Corporation and StartUp Village, in cooperation with Solaire Resort & Casino.