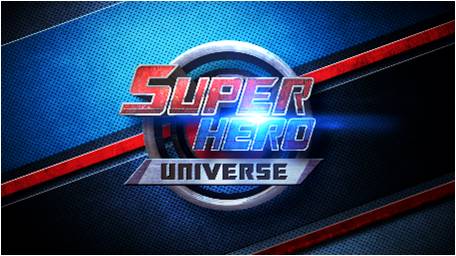 This June, catch the hottest new Japanese animation exclusively on Toonami, the Philippines’ ultimate home for anime and superhero series. YO-KAI WATCH makes its debut on June 27 and follows the adventures of a boy named Keita Amano. He discovers a peculiar capsule machine next to a sacred tree in Sakura New Town. And when he opens the capsule, it brings forth a Yo-Kai (ghost) named Whisper, who gives Keita a Yo-Kai watch. Using this, Keita is able to identify and uncover many different Yo-Kais.

Joined by a cat called Yo-Kai Jibanyan, Keita and Whisper start making friends with all sorts of Yo-Kai which can be summoned to battle against evil Yo-Kai that are causing trouble. Will the gang triumph against the evil Yo-Kai? Or will they stand helpless against their onslaught?

These supernatural adventures have taken over Japan since the release of the original game in 2013, which was followed by the sequels: YO-KAI WATCH 2: Ganso and Honke and YO-KAI WATCH 2: Shinuchi. Two manga adaptations have also been produced a shōnen manga series and a shōjo manga series.

The popular Yo-Kai dance featured in the series, Gera Gera Po, has a huge online following. See clips from the show and learn the dance moves here: https://youtu.be/MxVcv9vpWZ4!

Dive deeper into the world of Yo-Kai and join Toonami’s YO-KAI WATCH Challenge. Get a chance to win exciting and exclusive YO-KAI WATCH prizes! Just look for the Yo-Kai that will be invading your TV screens on every new episode of YO-KAI WATCH.

Here’s how to join:

Keep your eyes peeled for that lucky Yo-Kai and win exclusive prizes! Now you can watch your favorite superheroes on Toonami’s first-ever superhero block. It features action-packed and over-the-top DC and Marvel shows such as Wolverine and the X-men, Avengers: Earth’s Mightiest Heroes II, Teen Titans, Superman the Animated Series, Justice League Unlimited, Beware the Batman, and more! The saga continues with Dragon Ball Z! Following the adventures of Goku, the world’s strongest fighter, Dragon Ball Z chronicles his travels across dimensions as he fights a variety of villains as the defender of Earth. Catch it on Anime Siege only on Toonami!

After fighting for the future of football, Inazuma Japan’s next goal is to be the world champions in the World Cup. But challenges await such as the new coach choosing members who barely know how to play football! How will Inazuma Japan win the World Cup? Catch the new adventures as part of Anime Siege on Toonami!

Years after the events in Transformers Prime, Bumblebee is summoned to save Earth from a new faction of Decepticons. He assembles a rogue team of young Autobots that includes a rebel bad boy bot, an elite guard cadet, a bombastic Dinobot, and a hyperactive Mini-Con to capture and defeat this new breed of enemies.

Here’s how to join the YO-KAI WATCH CONTEST: