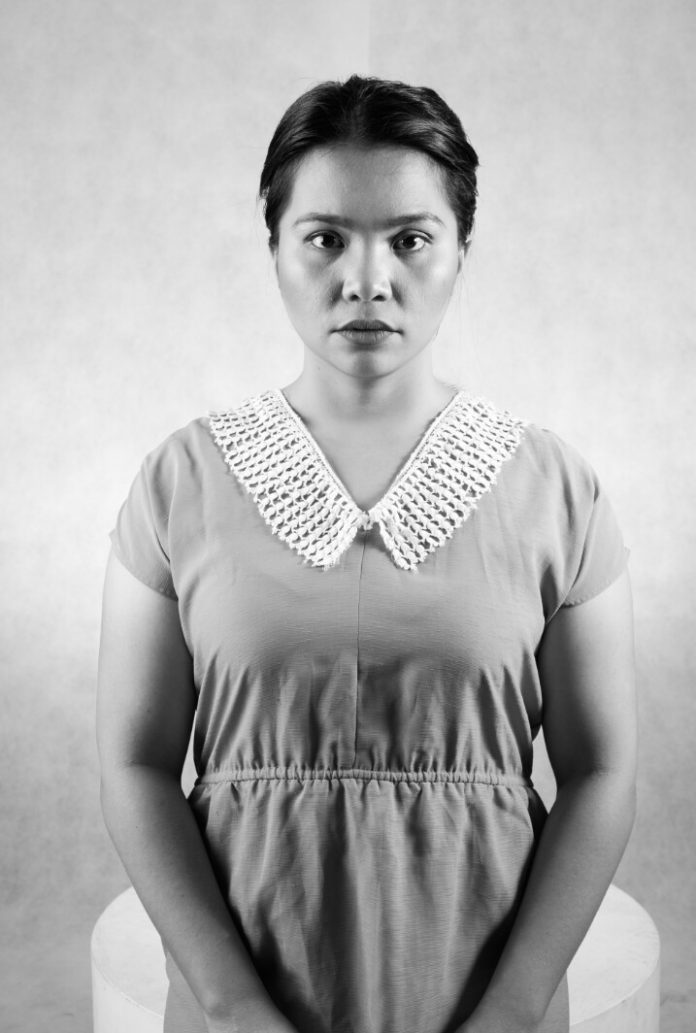 The producers of the forthcoming Tony Award Winner for Best Play ‘M. BUTTERFLY’ led by JHETT TOLENTINO and RS FRANCISCO of Front Row Entertainment formally welcome noted theater actress MAYEN ESTANERO to the production as she steps into the role of Comrade Chin effective August 7.

Rebecca Chuaunsu who was initially tapped to essay the role at the beginning of the production has opted to vacate the role due to the conflict in production schedules.

RS FRANCISCO shall reprise his epic portrayal of Song Liling, the Chinese opera singer who is Gallimard’s object of affection and seduces him through his biases of the East then exploits their intimacy to collect classified information for agents of the Chinese Communist Party.

In the play, the audiences shall get to know Comrade Chin, a member of the Red Guards, the paramilitary arm of the Communist Party in China. Song Liling communicates with Comrade Chin often, to pass on the classified information he gathers from Gallimard.

Chin is severe and unfeminine, and Song derides her for her lack of womanly charm. She also plays Suzuki, a down-to-earth servant, in the reenactment of Puccini’s Madame Butterfly. Mayen Estanero is considered as one of Philippine theater’s precious gems, who has been gracing the stage for more than a decade with her talents.

A true triple threat, Mayen has appeared in some of the most successful theater productions such as Himala, Zsa Zsa Zaturnnah and the CCP Virgin Labfest’s Mula sa Kulimliman.

In January 2017, she was the Wife (Asawa) of a NPA guerilla in Chris Millado’s “Buwan at Baril sa Eb Major” produced by Sugid Productions and directed by Andoy Ranay.

In October 2016, Mayen played the role of Helen, an acclaimed actress and the best friend of Alex, the lead actor in The Egg Theater Company’s production of “Moliere PMS,” a fusion of three Moliere play adaptations: Praning (The Imaginary Invalid), Maniacal (The Learned Ladies), and Schism (The Misanthrope) directed by George de Jesus III.

At the second half of October, Mayen played the role Trudy, the mother of Adam in Tanghalang Ateneo’s Boy, a thought-provoking play by award-winning American playwright Anna Ziegler about gender identity translated by Guelan Luarca under the direction of Ed Lacson Jr.

In November of that same year, Mayen essayed the role of Maestra, a Filipino teacher during the Spanish period who falls in love with grave digger Honorato in a sung-through, one-act operetta “Corazon Negro” written by Layeta Bucoy, music by Joed Balsamo and directed by Tuxqs Rutaquio as part of Dalanghita Productions’ “Tatlong Linggong Pag-ibig.”

In February of 2015, Mayen also appeared in Ballet Philippines’ production of “Manhid: The Pinoy Superhero Musical” written by Kanaka-Balintagos inspired from comic book super heroes of the 60 – 90’s from the music of the Eraserheads and Vincent de Jesus under the direction of Paul Alexander Morales.
________________

Check out M. Butterfly at the following social media: