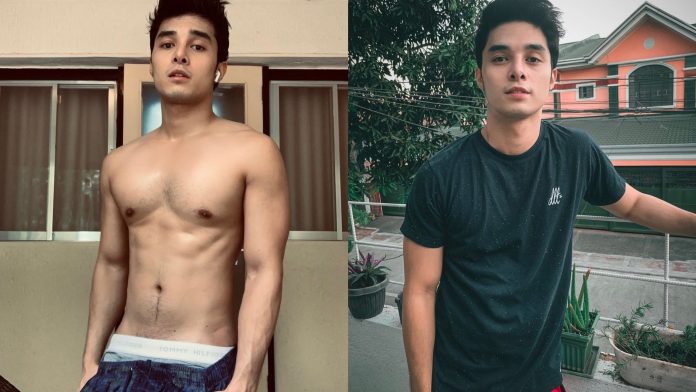 Dave is a good looking and a vain boy despite being born to a very poor family. When he became a teenager he urged his mother to leave his abusive father.

Then her mother became sick and died of tuberculosis. His eldest sister went to Manila to work while his older brother became a seminarian.

Left with his two younger siblings, Dave stood as their parents. But their uncle whom they have taken refuge, was also abusive to them. One time Dave and his uncle had an heated argument, and Dave was forced by his uncle to leave the house. Dave promised his younger siblings that he will come back to get them.

Dave worked as a helper in a junkshop. There, he met Jayson, the son of the owner. The two instantly became friends. Life became easier to Dave. Every salary, he sent money to his siblings. But COVID 19 happened. The lockdown also affected Dave’s work. He looked for a new work for his siblings, but found none.

Jayson offered him a work where there is an easy money – sexy dancing using the social media platform, Tiktok. Thru this they will have patrons who will ask sexy pictures and videos in exchange of money.

Desperate, he accepted Jayson’s offer and joined the bandwagon of online prostitution. Little did Dave known that he also has to perform live video sex to satisfy the customers. One of Dave’s siblings became sick and he needed money for hospitalization.

Dave was forced to accept a “booking” where physical appearance and a sexual deed is needed with a gay.

Since then, Dave had many sexual encounters with his costumers. But one day, Dave felt sick. He thought he catches Covid but was shocked to discover he contracted HIV. Dave became depressed and he almost took his own life. But that time his elder brother and sister came back. Guilty of abandoning Dave, they promised to never leave him again.

As of today, Dave is still fighting AIDS. He is now an online seller, not anymore of his body, but of apparels.

He is joined with Luke Conde, Raquel Pareno, Karenina Haniel, and James Teng.

It is directed by JORRON MONROY, researched by KAREN LUSTICA, and written by VIENUEL ELLO.