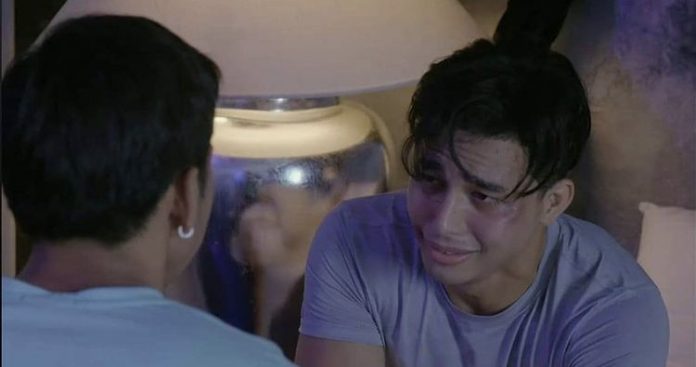 Ricky played Kyle, a mysterious sex toy-assistant to Jay Manalo’s character. From the beginning of the movie, this 21-year old ramp model gave an incredible performance for a newbie.

He had this remarkable way of getting viewer’s attention through his eyes, less dialogue. He relied not on dialogue but on body movement.

No doubt he will receive more projects that will highlight more his acting gift. He’s preparing for his role in “Kontrabida,” new movie starring Nora Aunor under Joed Serrano’s film company.