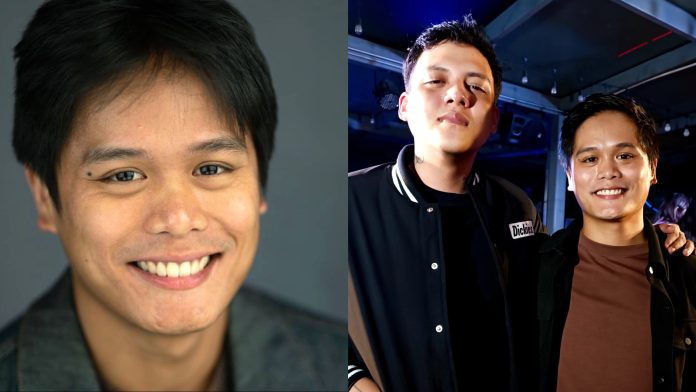 After his stints in London and Los Angeles, Filipino actor and producer Andrew Ramsay returned to the Philippines to produce, create, and tell his story via films.

“Living in the Dead of Night” is a neon-noir film that follows the story of Hunter (Andre Miguel), a sheltered teenager finding his place in the sleepless metropolis. Alongside his dubious partner Tom (Andrew), Hunter participates in a deal of a lifetime out of a shabby motel room. Hunter experiences it all: fighting, gambling, sex, and an all-time high.

Like his brother Derek Ramsay, Andrew knows exactly what he loves—acting. At very young age, he found his gift and connection to theater. Theater is his “first stage” he said.

In the short film, the actor and Head of Partnerships for Cutaway Productions delivered an honest performance, making him one of the rising actors Pinoys should watch out for.

He had a great time filming “Living in the Dead of Night” with his co-star Andre and director David. He hopes the production company will continue to create honest stories for local and international audience.

Adding to Andrew’s achievement is his spot at Cinemalaya 2022 as actor in “Ginhawa.” His character, Anton Banal, is an impoverished local boxer who dreams of making it big. While most films featuring athletes follow their road to success, Ginhawa tells otherwise. The story shows the grim realities of the sports industry and the harsh realities these hopeful boxers face.

Working with veteran actress Ruby Ruiz and director Christian Paolo Lat, Andrew had to put his best self, living the character’s life as his own life. He wishes to play more challenging roles.

Catch “Ginhawa” this year at Cinemalaya. For more details about the film, follow Cinemalaya and Andrew on Facebook and other social media pages.

Follow also Cutaway Productions to know more about “Living in the Dead of Night.”