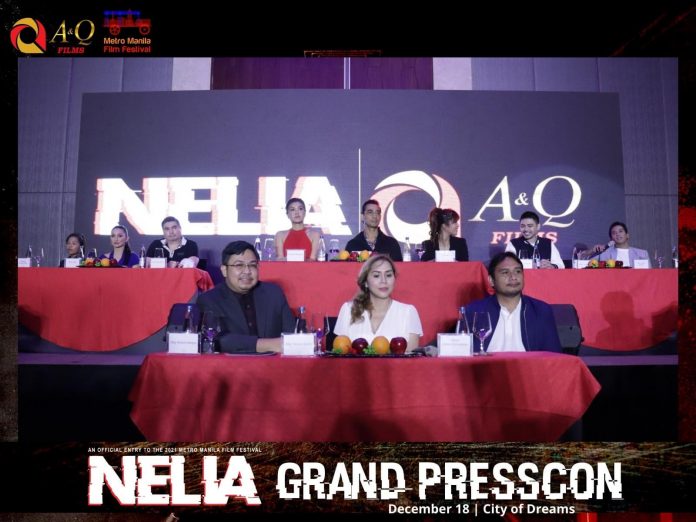 One of the most talked-about entries this year at Metro Manila Film Festival (MMFF) is Nelia starring Kapuso actress Winwyn Marquez.

In the midst of their production in 2020, lawyers Alegre and Quiño saw an opportunity to create their first full length film.

Using a draft of the screenplay written by Atty. Quiño 15 years ago while she was still a student, they created a new version of Nelia, which is now one of the eight official entries of the 2021 Metro Manila Film Festival.

“We never thought that our first full length film would make it as one of the finalists of the MMFF,” shared Atty. Alegre.

He added, “We are deeply grateful to the MMFF for this opportunity and hopefully this will just be the beginning of A and Q Films Production’s continuous creation of more films that could provide comfort, joy, and lessons to Filipino viewers.”

Given the opportunity received from the MMFF, as well as the support shown by the entertainment press, netizens, and viewers to the film Nelia, A and Q Productions Film, Inc has become increasingly persistent in their goal of producing more films that the Philippine film industry and the whole country can be proud of .

In fact, they are already preparing for the possibility of making Nelia Part 2. A and Q is also currently in talks with several  international film distributors who have expressed their intent to showcase Nelia in America and other parts of the world.