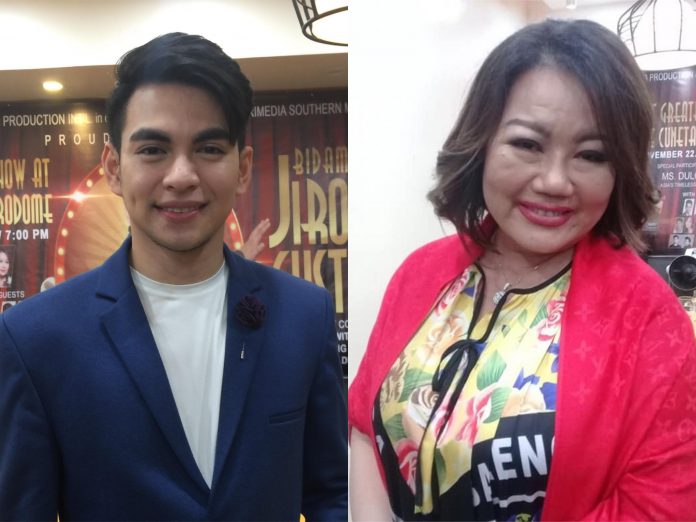 Dulce has always been very supportive to all artists. If it fits her time, she wants to lend her golden voice, “Kung kaya lang ng oras at katawan ko, lahat pagbibigyan ko.”

One very good proof of how kind Asia’s Timeless Diva is Jiro Custodio, a model, actor, singer who recently joined Showtime’s Bidaman. When she got a call to perform with Jiro, she immediately said yes.

As an artist like her who spends almost of her life singing has the right to say whatever she wants to say. She praised Custodio, “Super talented n’ya and he’s kind. Sa industriyang ito, napakahalaga talaga ng attitude.”

Asked about his favorite Dulce song, he answered “Ako Ang Nasawi, Ako Ang Nagwagi.” The song speaks really close to his heart. Rejected many times, he always chooses to find the light, hope, and courage in every situation.

Jiro Custodio is forever grateful to Dulce, and all supporters. Catch him on November 22 at the Cuneta Astrodome with big surprise numbers.

“The Greatest Show” is dedicated to his late mentor “Kuya Germs” and to the chosen cancer foundation “Silungan ng Pag-asa.”