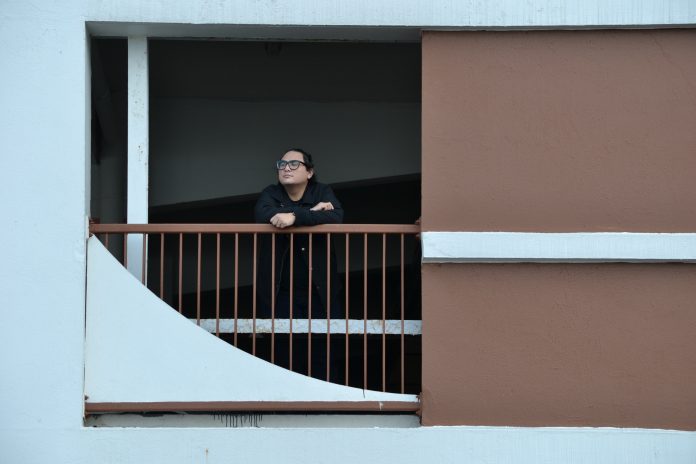 Before gaining recognition with the recently produced original musical ‘Mula Sa Buwan’ and touching the hearts and minds of Philippine theater fans in Metro Manila, singer-songwriter William Elvin was selling self-produced CDs to anyone willing to listen.

In fact, his musical talent was first noticed by his theater classmates and mentors through these home-recorded albums in the late 2000s, which gave him the chance to write several Filipino musicals from 2009 to 2016.

“Social media wasn’t as big then as it is today, so we had to rely on friends and families to sell the few copies that we personally handed over to them,” recalls William.

In 2019, coming off of his theater songwriting career in the past decade, William Elvin has returned to the do-it-yourself, free-spirited musical approach in his new album “Sacred/Profane/Mundane.”

“Sacred/ Profane/Mundane” is a collection of original compositions that highlight introspective, emotional and carefully crafted lyricism; dreamy and whimsical melodies;

as well as raw, visceral and intuitive musical arrangements – drawing from various influences such as The Beatles, Bob Dylan, David Bowie and Filipino alternative pop/rock acts.

Described as “brilliant,” “soulful, propulsively melodic” and “theatrical but authentic” by critics, William Elvin’s unique sound is exemplified by the album’s promotional singles: the country/folk-inspired “(I Will Be) The Happy, Shiny One (For You), “The Last Lovers on Earth” as well as the haunting ballad “Ang Sabi Nila,” which are now gaining a growing number of listeners on Spotify and Apple Music.

Tickets are available at Ticket2Me.net.

Listen to William Elvin’s music and get more updates and information by visiting his official homepage at www.williamelvin.com.