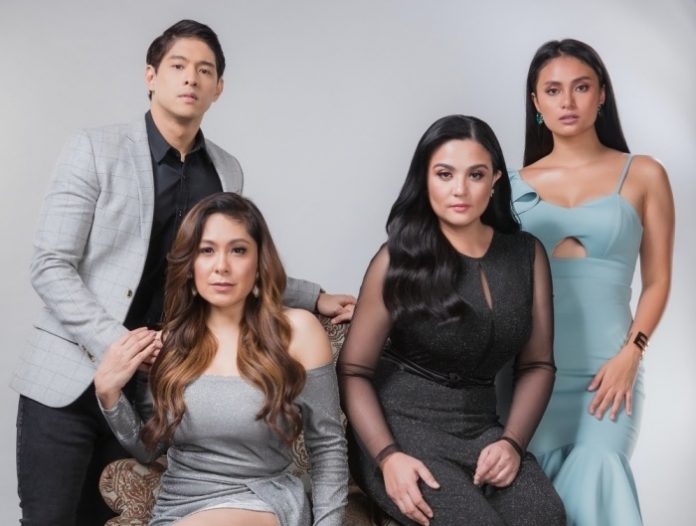 Before it took a break from airing due to the implementation of the enhanced community quarantine, Magkaagaw captivated the hearts of daytime drama viewers and hooked them instantaneously.

Two of the industry’s sought after-actresses Sheryl Cruz and Sunshine Dizon reunite in the most intriguing drama harped on vengeance that will surely heat up Kapuso viewers’ afternoon anew.

The show also features the freshest team up of homegrown Kapuso talents Klea Pineda and Jeric Gonzales in their most daring roles yet.

As the widely-followed series returns on television, the cast members expressed their excitement for the audience to refresh their minds with the recap and new episodes of the program.

Driven by malevolence from a failed past love, Magkaagaw tells the story of a legal wife who eventually becomes the person she hated the most — a mistress.

A career-driven woman named Veron (Sheryl) was left by her husband Mario (Alfred Vargas) to be with another woman, Laura (Sunshine). What was supposed to be a new beginning for the two was short-lived as Veron’s revenge would lead to unfortunate circumstances.

23 years later, Laura’s daughter, Clarisse (Klea), lands a job as Veron’s assistant. As soon as the latter finds out about Clarisse and Laura’s filial relationship, she plots her revenge by engaging in a love affair with Jio (Jeric) — her protégé’s husband.

Under the helm of esteemed director Gil Tejada, Jr., catch the recap of Magkaagaw beginning January 18, Mondays to Saturdays, after Eat Bulaga on GMA Afternoon Prime.