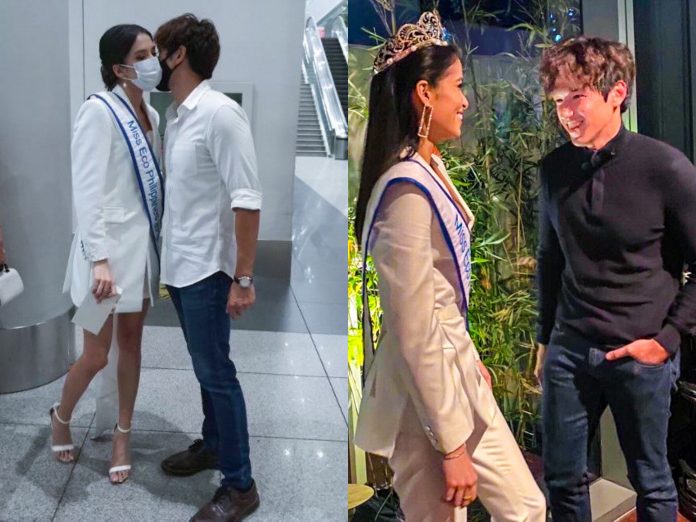 MISS Eco International Philippines 2021 Kelley Day and young actor David Chua were spotted together recently at NAIA Terminal 3 as the half Pinay, half British beauty queen was about to board her 11-hour flight to Egypt as she represents the country for the Miss Eco International Pageant.

Kelley and David were first seen together in Kelley’s send-off party at the exclusive Manila House and the crowd have noticed a special sweetness between the two.

Spectators reported that at the airport, Kelley and David arrived in the same car while David was being extra sweet two and both were very touchy with each other right before Kelley proceeded to immigration.

Could it be that the two young stars are actually an item especially now that both are single and definitely ready to mingle?

A source says that Kelley and David have been spending much time together along with critically-acclaimed actor Raymond Bagatsing as the three are gearing up for a series of special projects in film and on TV.

Are sparks flying between the two? Let’s wait and see.