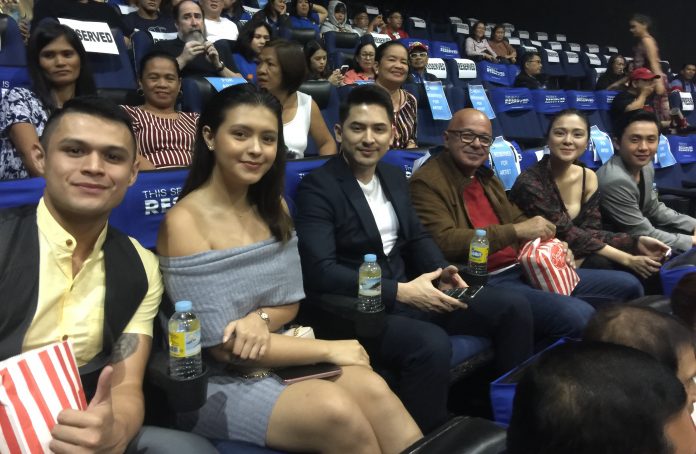 The lead star was joined on the red carpet by director, and support cast members including GMA’s young star Jon Lucas, Kapamilya star Claire Ruiz, Paul Hernandez, and Ahron Villena. Fans and marine students were there as well to support the film.

The movie who pays tribute to OFWs and seafarers, revolves around the story of a former seaman played by de Mesa who struggles after an accident. His two sons played by Villena and Hernandez find their differences as they grow old but their love brings them closer.

As the father of the family, de Mesa feels that he’s worthless, that he cannot provide for his family because of his blindness. Ruiz’s character, the youngest, takes care of her father and support her father’s battle.

Villena and de Mesa portray their characters well. Lucas doesn’t disappoint his fans as he brings kilig to the movie.

The latest offering from Hernandez, who also stars in the movie, captures the beauty of Bohol. It is an experience for audience to see its beauty and rawness.

But life isn’t always beautiful as each character experiences different struggles. And life has its own way of finding solutions.

At the end of the day, the family is what matters most. Each member of the family needs support. It is important to always find light in every situation.