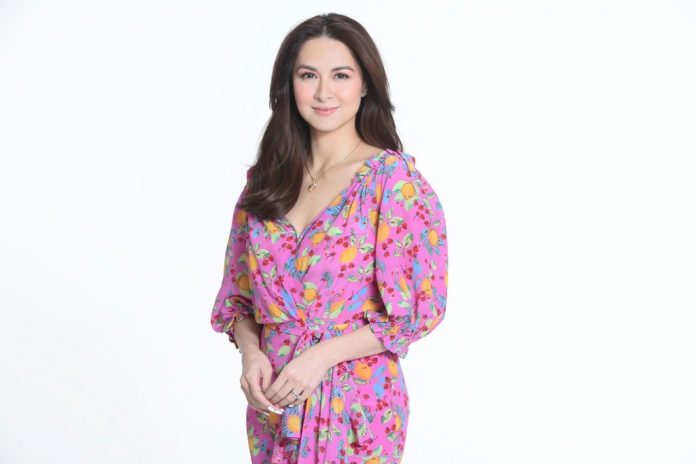 They say life is a myriad of experiences, of possibilities, and of ups and downs. Every chapter is a colorful narrative of one’s difficulties and triumphs—with each success deserving a celebration.

This November, as Tadhana marks its fourth year on air, the award-winning drama anthology hosted by Kapuso Primetime Queen Marian Rivera continues to celebrate the stories of every Filipino’s triumphs, sparking hope and inspiration to viewers here and abroad.

For its month-long anniversary special, Tadhana has lined up heartwarming episodes featuring some of the country’s highly-acclaimed actors. For its opening salvo this November 13 and November 20, witness the complicated story of two parents and a daughter caught between them in “Sa Ngalan ng Ama.”

In the story, Gabby plays Christian, the biological father of Tracy portrayed by Thea. Choosing to be true to herself after coming out as a lesbian, Diane played by Ariella leaves Christian and raises Tracy without him. After many years, Christian tries to reclaim the daughter he never met. But this is not without a fight from Coco, portrayed in the episode by Eula. Coco is the lesbian guardian of Tracy who assumed responsibility of taking care of Tracy when Dianne died during childbirth.

Viewers should also catch the second episode of Tadhana’s 4th Anniversary Special, “Kabayaran” which is set to air on November 27 and December 4.

After the death of her father Danilo, Joy is abused and maltreated by her mother Hilda and stepsister Fatima. Hilda blames Joy for the death of Danilo. Eventually, Hilda and Fatima create a scheme to get rid of Joy. They sell her to John, an American with illegal businesses in the country who makes a sex slave out of Joy. Years later, Joy manages to escape from John and with the help of her best friend, she devises a plan to exact revenge. Will she be able to succeed?

Join Marian Rivera in celebrating the stories of your triumphs in life. Watch “Sa Ngalan ng Ama” this November 13 and 20 and “Kabayaran” on November 27 and December 4 as part of the month-long anniversary of Tadhana, Saturdays at 3:15 p.m. before Wish Ko Lang! on GMA Network.

The episode is headlined by Sanya Lopez as Grace, together with Gil Cuerva as Gong Yoon Bin, Derrick Monasterio as Toti, Ashley Ortega as Fifi, and Jon Lucas as Alex.

Grace works as a hotel manager. She’s a Korean drama fan so her benchmark for men has been the standard Korean “Oppa” – handsome, rich, and a gentleman. Because of this, Grace doesn’t pay attention to her friend and co-worker, Toti, who doesn’t fit the bill of her perfect man.

One day, Grace’s ex, Alex, arrives at the resort with his new girlfriend, a spoiled heiress named Fifi. Not wanting to look pathetic, Grace tells Alex that she has moved on too and is in fact in a relationship with an Oppa.

While shopping online, Grace chances upon an ad for a robot Oppa. Annoyed that Alex doesn’t believe that she has a Korean boyfriend, Grace decides to buy the robot and names it Gong Yoon Bin.

How will Grace’s life change now that she has a humanlike Korean robot boyfriend?

Stay updated about your favorite Kapuso shows and artists by logging on to GMANetwork.com.