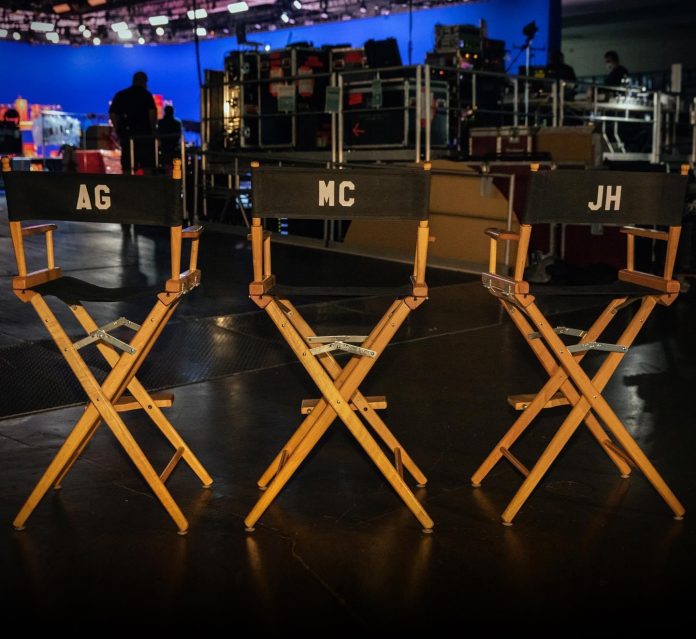 Mariah Carey has teased what fans believe could be a new Christmas track featuring Ariana Grande and Jennifer Hudson.

The pop star took to Twitter yesterday (October 9) to share a photograph of three directors chairs on set, each brandishing a set of initials: AG, MC and JH.

Carey didn’t share any further information about the image, but she did caption her post with a Christmas tree emoji.

A number of fans are speculating that the post is teasing a new Christmas track and video with Ariana Grande and Jennifer Hudson.

Others think that AG might be The Amazing Spider-Man actor Andrew Garfield, while JH could represent Moneyball and Superbad actor Jonah Hill.

“Ariana Grande, Mariah Carey AND Jennifer Hudson on the same track is simply unfair lmaooooo no ones topping this,” one fan tweeted.

Another said: “Ariana mother f&$kin Grande and Mariah Carey Plus Jennipher Hudson, 2020 really has been the year of female empowerment in music.”