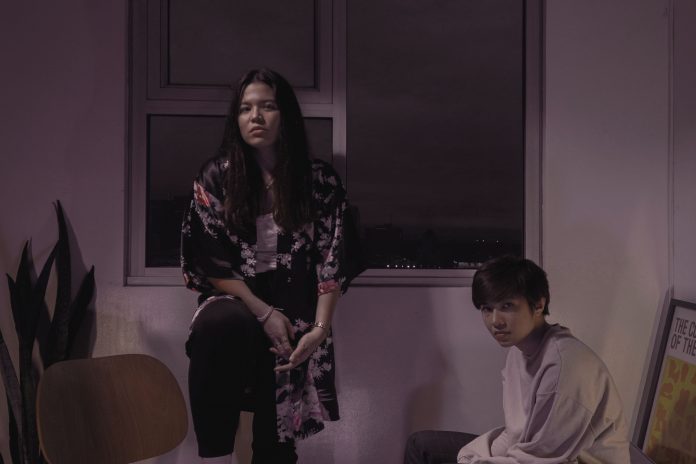 “PRAYERS” by crwn was supposedly going to be part of the album, but we thought it would shine more if released on its own. We thought crwn would be perfect with the vibe of the song, given his background,” says Leanne Mamonong on the latest single from her soul duo Leanne and Naara and Manila-based producer and songwriter crwn.

Whether it’s soul or ‘indie pop’, Leanne and Naara’s songs have always possessed that touch of personal reflection.

Their grip remains strong in their new single “Prayers,” but the imbued emotional connection felt even tighter thanks to crwn’s rework.

Like most artists during the pandemic, crwn took this time to focus on his music. Now a year into the “new normal,” crwn shares, “The entire pandemic and lockdown is still horrible, and with all the horror and the pain Filipinos are going through, my only goal is to at least ease some of that pain using music and art.

“It has inspired me tons to be strong and make music with that in mind. I’ve been making a ton of music since lockdown.

“I’ve recently been focused on having a concrete intention before I start any project or track since it helps with adding new layers of depth and meaning rather than just working on something that sounds good.”

On how he got involved in the remix, crwn says, “Kelley Mangahas of Warner Music Philippines asked me if I was interested in producing a track for Leanne and Naara last year and sent me a couple of demos and stems I could play around with.

“I got excited since I liked their sound and I hadn’t done remixes a whole lot at that point of 2020 so we ended up with two beautiful tracks.”

“I started out by listening to the two demos intently and basically built the backbone of the songs using Leanne’s vocal stems,” crwn continues, talking about the remix process of “Prayers.”

“I remember just adding and subtracting a whole lot of elements until we got to the final version, we were all happy with.

“We recorded in the studio for the final vocal takes, and I think that was my first session of 2020, plus this was all still during lockdown so it was pretty tough just trying to nail it in two sessions, but we ended up killing it.”

This project only took two weeks to record and finish.

crwn went on to describe what it was like to have worked with Leanne and Naara.

“It was a breeze working with them, and I’m sure we were all happy on how the songs came out. I distinctly remember having them stack their vocals on top of one another until they sounded like a gospel choir for ‘Prayers.’

“The recording, production process, as well as directing them in the vocal booth was cool and we had a lot of fun playing around with the arrangement. They hit it out of the park.”

Building steady momentum since the release of their first album Daybreak, Leanne and Naara continue to treat their fans to new music and videos.

Before the release of the remixed version of “Prayers,” Leanne and Naara took to Instagram and shared, “One of our favorites in Daybreak album is “Prayers” and so we thought a new spin won’t hurt.”

When asked about what they felt crwn brought to the remix, Leanne said, “We really love how crwn put his twist to it. We instantly agreed on the gospel vibe. He helped us with the vocal cuts as well. The song became even more laidback and more powerful at the same time.”

Naara also added, “crwn gave a different vibe to the song. His version gave a gospel feel to it and we really had fun recording the ‘choir’ part towards the end of the song.”

crwn and Leanne and Naara’s “Prayers” is now out on YouTube and other digital music platforms.

For more updates about Warner Music Philippines’ artists, you can keep tabs by following their social media accounts.