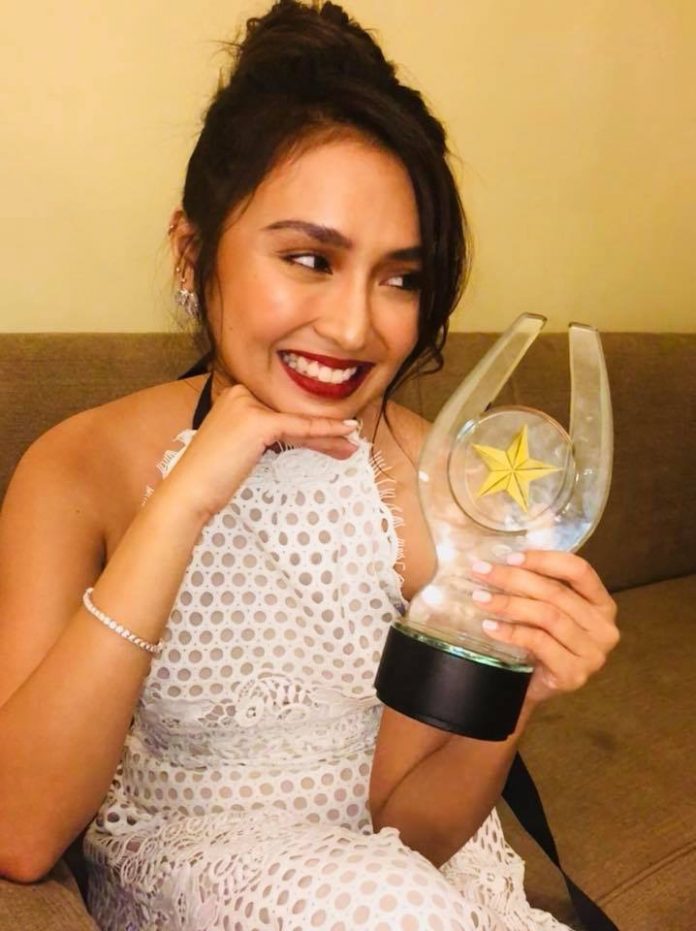 The ‘The Hows Of Us’ lead star mentioned in her speech that it’s always her dream to win an acting award.

“Itong award na ‘to, this is a validation that true dedication does really pay off.”

She added, “It’s okay not to be okay. It’s okay to get tired. It’s okay to fail. Kasi napatunayan ko, lahat ‘yan parte ng journey natin. What’s important is you stand up and you try again.”

‘The Hows Of Us’ got the record as the highest grossing Pinoy film of all time. Her real-life boyfriend Daniel Padilla attended the awards night to support her.

Here are the other winners at the 35th PMPC Star Awards for Movies:

Movie Actress of the Year: Kathryn Bernardo (The Hows of Us) and Sarah Geronimo (Miss Granny)

Movie of the Year: Rainbow’s Sunset