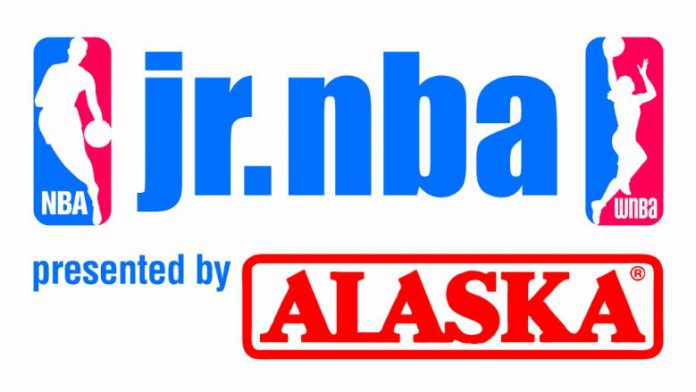 MANILA, PHILIPPINES– Jr. NBA Philippines 2018 presented by Alaska will tip off Jan. 13 at Don Bosco Technical Institute in Makati and runs through May 2018 as part of the league’s effort to encourage youth basketball participation.

This year’s program is set to reach more than 250,000 participants and 900 coaches across the country.

Jr. NBA, the league’s global youth basketball participation program for boys and girls, teaches the fundamental skills and core values of the game at the grassroots level in an effort to enhance the youth basketball experience for players, parents and coaches.

During the 2017-18 season, the NBA will reach more than 26 million youth in 71 countries through a variety of camps, clinics, skills challenges, league play and outreach events.

The program remains free and open to boys and girls ages 10-14 throughout its four stages: skills clinics in schools and communities, Regional Selection Camps, a National Training Camp and an NBA experience trip.

Since its launch in 2007, Jr. NBA clinics have been implemented in 110 cities and municipalities across the country and the 2018 program will return to key provinces including Agusan Del Norte, Batangas, Benguet, Cavite, Misamis Oriental, and Negros Occidental.

The program will culminate with the selection of 16 Jr. NBA All-Stars, comprised of eight boys and eight girls, who will embark on an overseas NBA experience trip with fellow Jr. NBA All-Stars from Southeast Asia.

“For the past 10 years, Jr. NBA Philippines has established itself as a platform to improve the youth basketball experience and promote an active and healthy lifestyle among the Filipino youth,” said NBA Philippines Managing Director Carlo Singson.

“Together with Alaska, we are committed to providing proper guidelines to how the game should be played and taught to more youth, coaches and parents in the country.”

“We look forward to making a lasting impact on the lives of aspiring athletes on and off the court through the Jr. NBA program.”

The 2018 edition of Jr. NBA Philippines will also include the Jr. NBA Coach of the Year program, led by Jr. NBA Head Coaches Carlos Barroca and Alaska Power Camp Coach Jeff Cariaso, to provide training for 14 Jr. NBA coaches during the National Training Camp, with two Jr. NBA Coaches of the Year awarded with an NBA experience trip.

Jr. NBA Philippines furthers the mission of Alaska Milk’s NUTRITION. ACTION.CHAMPION. program that highlights the nutritional benefits of milk, encourages physical activity through play, and instills values that are essential to becoming a champion.