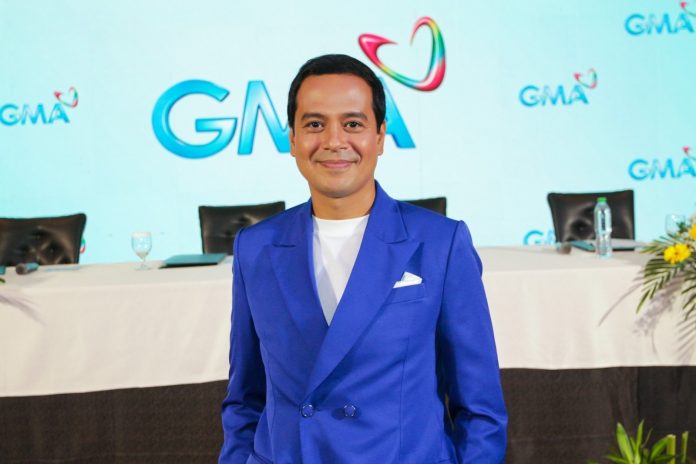 The multi-awarded actor, bankable leading man and top-caliber endorser is rightfully one of the biggest names in the industry. Aside from receiving multiple accolades from local and international-award giving bodies, he also has a stream of certified blockbuster movie hits to boot.

GMA Network executives showed their full support and excitement to John Lloyd via Zoom, video messages and their presence at the EDSA Shangri-La Hotel.

GMA Chairman and CEO Atty. Felipe L. Gozon expressed his delight over the partnership and hopes that the milestone deal paves way for more future projects, “John Lloyd is one of the most sought-after actors of his generation. That’s why I’m very happy he chose to partner with GMA for his TV comeback. I’m sure all our Kapuso viewers are excited to watch and support you as you begin a new season in your life. May we continue to work on more projects in the future.”

Executive Vice President and CFO Felipe S. Yalong, on the other hand, shared his excitement over the actor’s showbiz comeback on the Kapuso Network, “We’re very grateful that John Lloyd is making his much-awaited comeback through GMA. No doubt, this partnership will open more opportunities for us to collaborate in the years to come. I wish you all the best in your career and congratulations!”

Gozon-Valdes is equally pleased to have John Lloyd be part of such an amazing project, “I’m delighted that John Lloyd will be working with us and not just as the lead actor of his show, but also as part of the creative team. We are excited to see more of what he can bring to the table off-cam. These are indeed exciting times for us.”

Mr. Nunez, John Lloyd’s manager, expresses his excitement on the partnership, “The management is excited in many ways because this is a first between JLC, CAM and GMA. Just the idea of putting together a project that his fans have been waiting for is something that is really worth anticipating. We are looking forward to a fruitful relationship and help each other produce quality projects together.”