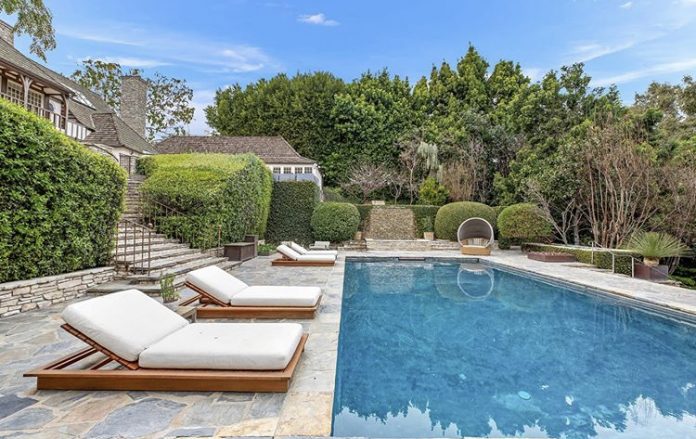 The house that Brad Pitt and Jennifer Aniston once lived in as a married couple has been sold yet another time.

The A-listers were married in 2000 and purchased the Beverly Hills mansion in 2001 for $13.5 million, The Wall Street Journal reports.

Pitt and Aniston sold the house in 2006, one year after their divorce, for an estimated $28 million, according to the book Wallace Neff: Master Architects of Southern California 1920-1940.

Last year, the 12,000 square-foot mansion went back on the market for $56 million, where it continued to drop in price.

It was taken off the market last March, when it was priced at $44.5 million. Over a year later, the Los Angeles Times is reporting that the house has been sold for $32.5 million in an off-market deal.

The amount is more than double what Aniston and Pitt paid for the estate nearly 20 years ago.

Listed by Susan Smith of Hilton & Hyland, the mansion was originally built in 1934, and has four bedrooms in addition to a private gym.

The residence also includes a digital projector room, a gourmet kitchen with an eat-in area, and a lower level bar and sitting room that opens up to the pool and outdoor area with a fire place.

As for the estate itself, built by Frederick March and designed by Wallace Neff, there is a new tennis court with tennis pavilion and a two-story guest house.

There are also two separate gated entrances on separate streets.