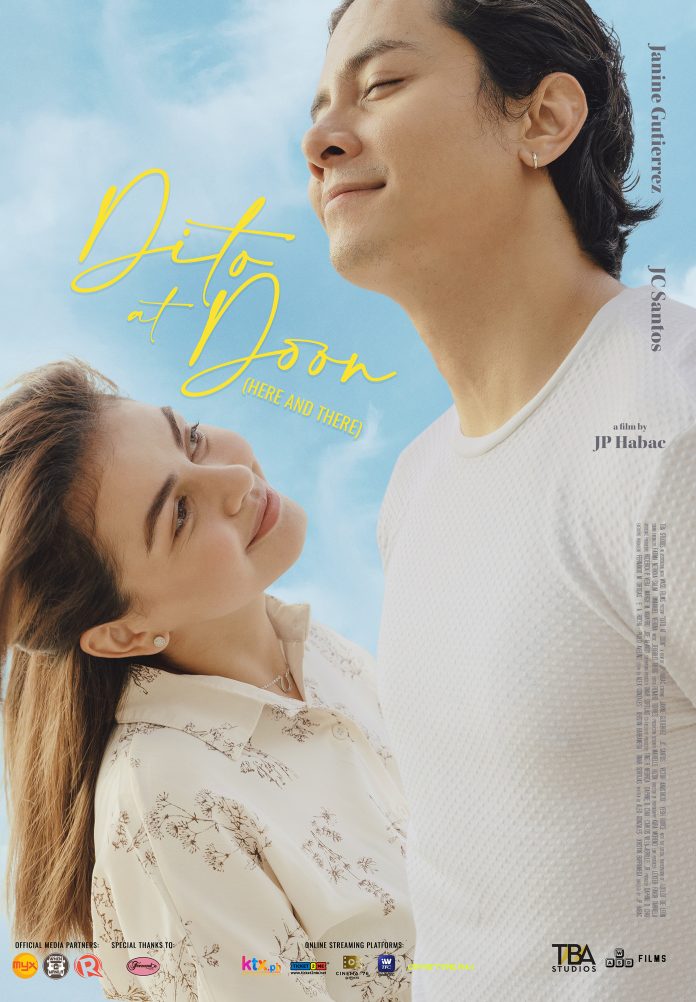 Exactly a year since last year’s pandemic changed everyone’s lives, TBA Studios, in association with WASD Films, is launching the online release of its newest full-length feature “Dito at Doon” this Wednesday, March 31, 2021.

Set during these pandemic times, this relatable Janine Gutierrez—JC Santos romance movie was supposed to have arrived in theaters nationwide last March 17.

But after much deliberation, a thoughtful decision was arrived at by the film’s producers, especially taking into consideration everyone’s health and safety in mind.

“We feel this is the best possible way to make sure that everyone’s ‘Dito at Doon’ movie experience is a safe and enjoyable one,” said E. A. Rocha, TBA Studios’ CCO and one of the executive producers for ‘Dito at Doon.’”

Netizens have been supportive of the film since it released its trailer on March 4.

“Kami po nina Janine, JC, and the rest of ‘Dito at Doon’ team are so thankful to everyone who’s been constantly messaging us on social media to let us know how excited they are to see ‘Dito at Doon’,” shared director JP Habac.