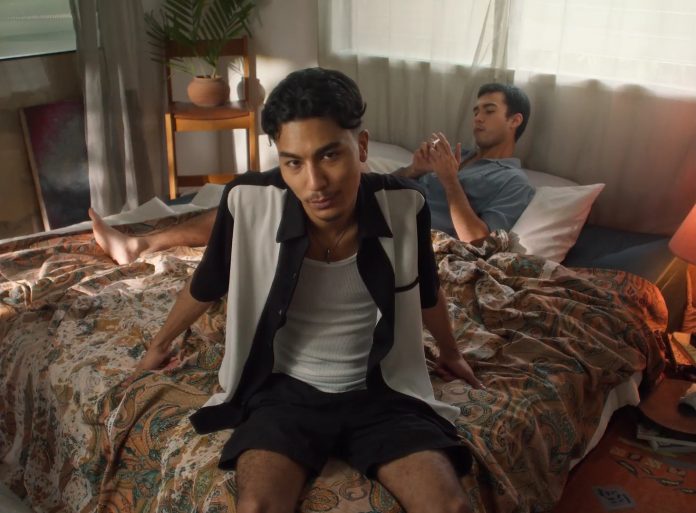 The music video, directed & produced by TwoFold Media, begins with the ethereal “dream2doubt – interlude,” the 4th track from lovesound, used as a mood-setter to ease into the languorous boldness of “Body & Soul.”

It starts off with a scenic pan of luscious cove, slowly revealing Jason lounging by a pool with daintily scattered flower petals at night, almost auspiciously looking at a curious peach before biting into it and plunging into the pool.

The video’s narrative takes a more sensual turn as it dives deeper into the concept of sexual exploration and non-conventional forms of intimacy and relationships.

Daytime scenes with two individuals who seem to be home alone are interspliced with a striking imagery of their fantasies through highly suggestive closeups of fruits, flowers, food, and other similar images –a candid and grounded approach to eroticism that sends a powerful message that’s uncommon in today’s local media.

Produced by the prolific & widely renowned Lustbass, “Body & Soul” unapologetically indulges in the adoration of one’s beloved and the craving to merge with him/her on every level.

“Let me ease your mind / Your soul, your body / Cater only to you, you’re mine / Ain’t fucking with nobody,” Jason croons passionately in the chorus.

“Body & Soul” is the follow-up to Jason’s single “Endlessly + Tenderly” which was released last August as part of semilucent – the debut mixtape by 88rising’s new label Paradise Rising, which featured emerging Filipino artists such as Leila Alcasid and Massiah among others.

The 20 year-old singer, as represented by B-Side Productions, has also previously collaborated with other artists like JCON, CRWN, Arthur Nery and Claudia Barretto.

Along with the release of the music video for “Body & Soul,” Jason also released red versions of lovesound shirts to celebrate the anniversary of its drop in Valentine’s Day 2020.

Avail of the shirts on www.jasondhakal.com.