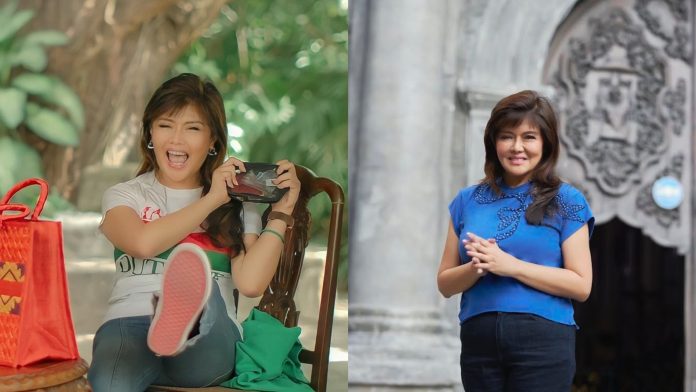 IT’S a super fabulous back-to-back weekend treat this April 8 and 9 as Imee Marcos gears up with another set of exciting Vlog entries on her official YouTube channel.

It’s all-out fun and non-stop riot on April 8 as the hard working Senator loosens up and is put on the spot in an unexpected bag raid that reveals the hidden secrets of her plus-sized on-the-go bag.

From snacks and knickknacks to work documents and her must-have cosmetics, Imee gamely showed the contents of her bag for the very first time on camera – including a couple surprise items that would surely amuse her loyal YouTube viewers.

On April 9, Imee shifts to a more serious and solemn tone as she encourages everyone to observe this year’s Lenten Season by doing the well-loved Pinoy Visita Iglesia annual tradition by giving a rundown of some of her most favorite churches in Metro Manila.

“Since we are now on Alert Level 1, a lot of people are planning vacation getaways and that’s really fine since local tourism is really picking-up after two years of being on lockdown,” says Imee.

“But we also have to acknowledge the true essence of the season – and that is to commemorate the passion and death of Christ. There are so many things to be grateful for and Visita Iglesia is a time honored tradition of Pinoys that should be practiced especially now that we are finally allowed to go out.”

Discover the hidden gems inside Imee’s bag and check out some of the best churches in the Metro this weekend and subscribe to https://www.youtube.com/c/ImeeMarcosOfficial/featured.