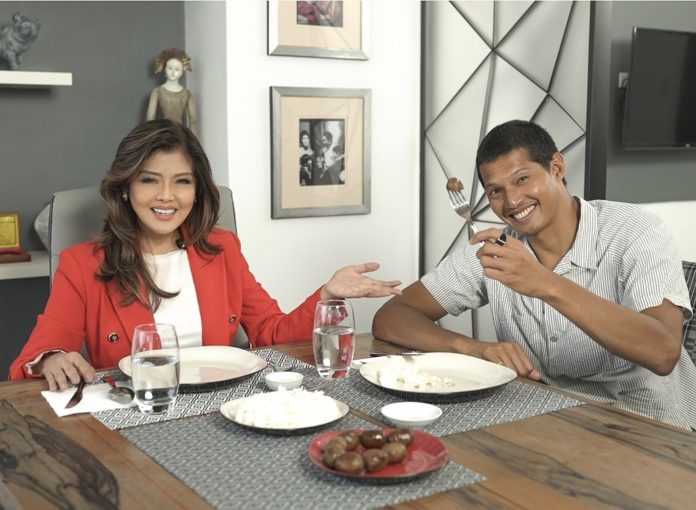 IT’S a different kind of family bonding for Senator Imee Marcos and her son, Borgy Manotoc, in a brand-new vlog streaming for free on the Senator’s official YouTube channel this Friday, January 13.

For this special vlog entry, Imee and Borgy take a break from their usual whacky and fun antics as they talk about the basics of lawmaking that every Filipino citizen should know.

With social media personality Juliana Parizcova-Segovia assisting her, Senator Imee walks Borgy through the process on how to create a law by using the step-by-step procedure on how to prepare the favorite Pinoy breakfast staple longganisa as a relatable metaphor.

Having been able to draft almost 500 bills in the Senate, Imee has been championing the causes of women; gender equality; culture and the arts; poverty and hunger as well as that of farmers and fishermen among the many advocacies that are very dear to her heart.

This vlog aims to put a splash of wit and humor to simplify the concept of lawmaking so that Imee’s loyal YouTube subscribers can fully understand one of her many roles as a Senator in one of her most enlightening and informative vlog entries to date.

Learn all about the basics of lawmaking and subscribe to https://www.youtube.com/c/ImeeMarcosOfficial/featured.