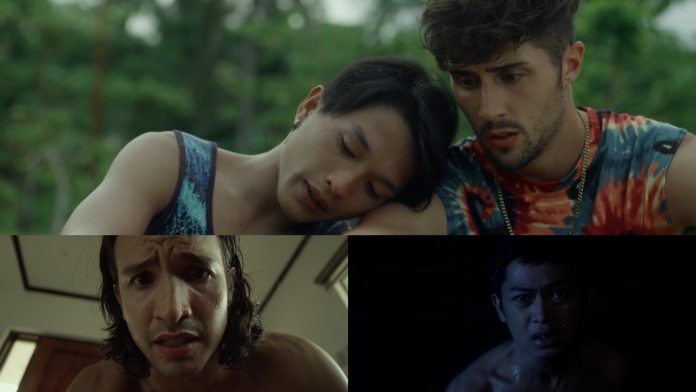 Gold Azeron delivered a gold-medal winning performance in new GagaOOLala series “Love At The End Of The World,” directed and produced by Shandii Bacolod.

Rex Lantano, who’s now into producing, revealed exciting “pasabog.” Rex was known for his roles in “What Home Feels Like,” “Daddy Love,” and “MMK.”

Versatile actor Markki Stroem is also part of the series who gave a different energy. When asked, “Anong gagawin mo kung end of the world na,” he answered, “Makikipag-orgy ako!”

“Love At The End of the World” explores the lives of four couples as they navigate through love, pain, loss, romance, forgiveness, redemption, loneliness and sorrow.

After reports from NASA confirm that an asteroid is set to hit Earth in 7 days resulting in global catastrophe, priorities quickly change and panic ensues.

Although, the stories of each couple are quite tragic, the audience gains closure by the last episode as love truly becomes the driving force in the lasting moments of Earth’s existence.

Series creator and director Shandii Bacolod shares that this is a culmination of her heartbreaks, her relationships, her sexual desires, and her fears, and calls this “an ode to loneliness.”

• The Loneliest Man On Earth

• We Need To Talk About Tony

Love At The End Of The World under Temporary Insanity Pictures & MSB Entertainment Production premieres on Decemeber 30, 2021, 12 midnight on Gagaoolala.

New episodes will be releasead every Thursday at 12 midnight. Download the Gagaoolala app now or you can go to www.gagaoolala.com.