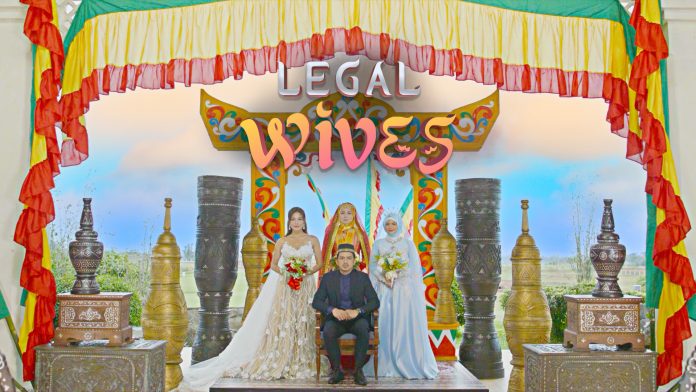 Diane (Andrea) has agreed to live with Ismael’s (Dennis) first wife Amirah (Alice) along with her daughter Jamillah (Shayne Sava) in Manila. Upon their arrival, Ismael introduces his second wife Diane to the Makadatus including Amirah and Jamillah. Ismael tries to break the tension between the two wives but Amirah provokes Diane by telling her that Ismael may be looking for a third wife. Meanwhile, Farrah (Bianca) is worried that she may be pregnant.

There is no stopping a love that can move mountains in the well-loved Philippine adaptation of the hit South Korean series “Endless Love” at 8:50 PM. The series is top-billed by Kapuso Primetime King and Queen Dingdong Dantes and Marian Rivera as Johnny and Jenny together with Dennis Trillo as Andrew and Nadine Samonte as Shirley.

Johnny (Dingdong) and Jenny’s (Marian) wedding is interrupted when Yumi (Bela Padilla) gets into a car accident and becomes paralyzed. Feeling devastated by Yumi’s condition, Yumi’s mother begs Johnny to be with her daughter. Johnny and Jenny decide to postpone their wedding for Yumi’s sake. After being rejected by Jenny, Andrew (Dennis) returns to his vices and continues to persuade her to return to the resort.

Meanwhile, prepare to get hooked as the second season of the multi-awarded and top-rating South Korean drama series “The Penthouse” brings more suspenseful and engrossing nights starting this Monday at 9:35 PM.

The series continues with the story of wealthy families living in Hera Palace and their children at Cheong-ah Arts School, who have all become more wicked as their secrets are about to be revealed. The season focuses on Simone’s (Ji-Ah) secrets and the aftermath of her death, Cindy’s (Eugene) revenge, Scarlet’s (So-Yeon) downfall, and the Hera Palace kids who want to be the best and win the grand award at the Cheong-ah Arts Festival.

For more stories about the Kapuso Network, visit www.GMANetwork.com.