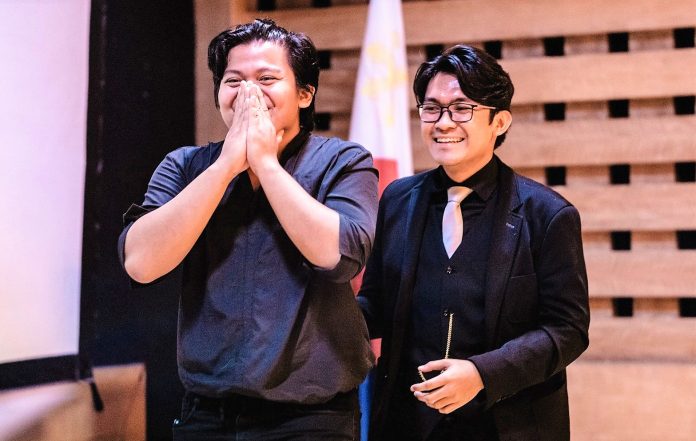 Franc Louie Sancha, who also served as writer and casting director of the short film “Gitara,” bested 19 other finalists who competed for the award.

In “Gitara,” a musician-vlogger (John Kenneth Talania) stumbles upon a haunted guitar he took from his grandfather’s province. He soon experiences supernatural events happening around him, and a mysterious creature starts to haunt and chase him. Erica Ubay-Ubay and Bong Ryan Reyes provide acting support to Talania.

Apart from Talania, Ubay-Ubay, and Reyes, Sancha also got help behind the camera from director of photography Mariel Perez and production and costume designers Alekzandra Noviebein Carias and Azi Amagna.

This is the second straight year that SDCA has barged into the finals of the event. In 2021, SDCA seniors CK Dela Cruz, Lourdes Mae De Gala, Kristzen Joy Mendoza, and Jhody Sacramento made it to the competition through their film “Laruan.”

All finalists from SDCA are members of the Association of Dominican Communicators, a student organization composed of Communication majors.

The 3SF finalists were shown at the Cinematheque Centers in Manila, Iloilo, Negros Occidental, Davao, and Nabunturan and streamed at JuanFlix: The FDCP Channel and mud-studios.net.