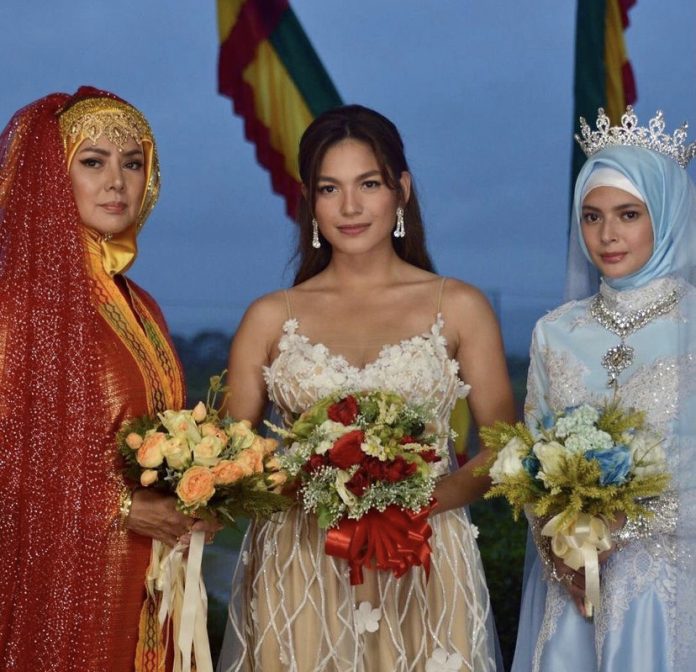 It’s been a hectic few months now for Andrea Torres, as she tackles the upcoming GMA drama “Legal Wives.”

The Kapuso actress will be playing Diana, a beautiful and determined woman who becomes the the second wife of a Muslim royal, played by Dennis Trillo.

Apart from taping and pictorials, the cast has been busy with press work and promotions.

And it was during an internal press conference for “Legal Wives” last week that Andrea demonstrated how much she’s moved on from the Derek breakup.

Saying she didn’t “see the significance of discussing the details in public,” the Kapuso added, “what good will come out of it?”

Smiling, Andrea assured everyone that she’s fine. “I’ve moved on,” she said graciously, adding, “if he truly respects me and my family, he’ll let us have our peace.”

Their breakup became hot topic anew when Derek revealed in a recent interview with veteran showbiz anchor Cristy Fermin that he initiated the breakup and that it happened over the phone.

“Siguro kung may regret ako, it’s that it came up over the phone,” Derek told Fermin.

Derek and Andrea confirmed their split last November, after being together for more than a year.

The pair did not immediately disclose who initiated the breakup but in a March interview with Pops Fernandez, Derek said it “came out of nowhere” and that it “blindsided” him.

(Diane is a person who would do what is right and fight for it, no matter how uncomfortable the situation might be for her)

Andrea also admires her character for being able to fight for the person she loves, despite the many obstacles that come her way.

“So ‘yun po ‘yung makikita nila dito. ‘Yung journey nilang dalawa and how they will make it work,” Andrea said.

(So that’s what viewers will see on the show: The journey of two people who try to make it work)