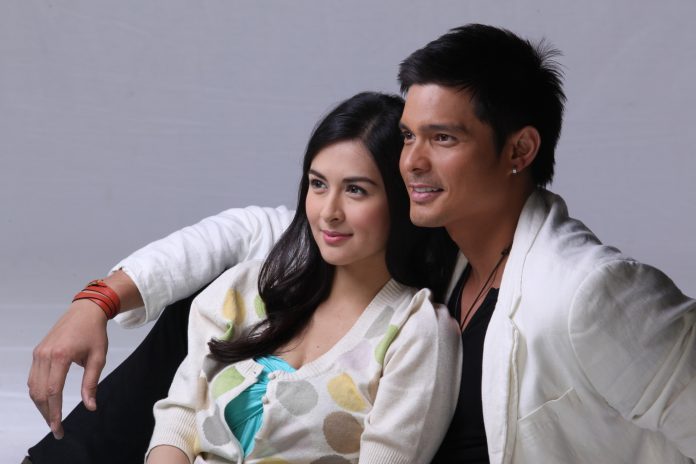 After over a decade since its premiere, GMA Network brings back its well-loved Philippine adaptation of the hit South Korean series “Endless Love” beginning Monday (June 7) on the Telebabad block.

The series is top-billed by Kapuso Primetime King and Queen Dingdong Dantes and Marian Rivera as Johnny and Jenny. Alongside are Kapuso Drama King Dennis Trillo and Nadine Samonte, playing the roles of Andrew and Shirley, two people who hinder their love story, respectively.

The Philippine adaptation is based on the hit 2000 South Korean drama ‘Autumn in My Heart,’ the first installment in the season-themed series ‘Endless Love.’ The series also features Joyce Ching as young Shirley, Kathryn Bernardo as young Jenny, and Kristoffer Martin as young Johnny.

Endless Love follows the story of Johnny and Jenny who grew up as siblings under the care of their parents Robert (Tirso Cruz III) and Katherine (Sandy Andolong). Johnny loves his sister very much and is very protective of her.

Their lives are disrupted when they find out that the true daughter of Katherine is Shirley, the poor and resentful classmate of Jenny. The weak-willed Jenny decides to run away while Johnny and his family opt to live abroad.

Years later, Jenny grows up to be a simple and kind-hearted young lady who crosses paths with the conceited hotel owner named Andrew. The latter easily gets smitten by Jenny’s charm and tells his best friend Johnny that he has found the woman of his dreams.

Although engaged to his fiancée Yumi (Bela Padilla), Johnny returns from abroad to look for his beloved sister and after many years of separation, the “siblings” reunite.

Will Johnny and Jenny admit that their affection for each other is deeper than just familial love? What is the secret that Jenny has been keeping from the people who love her?

Directed by Mac Alejandre, catch the return of “Endless Love” this June 7, 8:50 PM, on GMA Telebabad.

Learn more about your favorite Kapuso shows and artists by visiting GMANetwork.com.