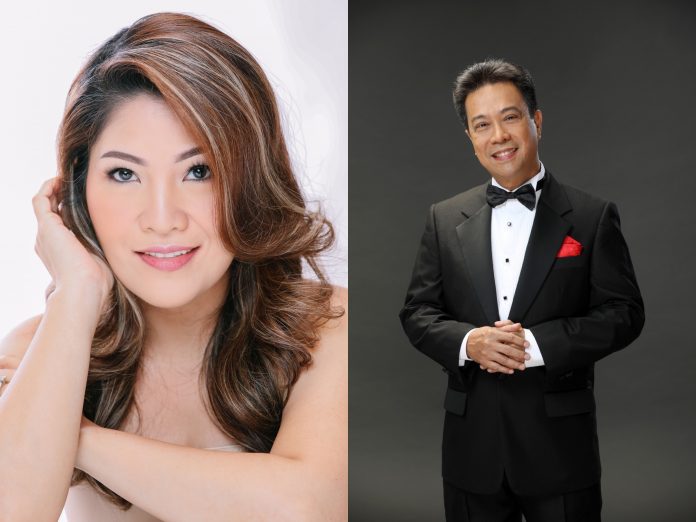 With stage direction by Calvin Neria and musical direction by Elmer Blancaflor, Powerhouse Valentine is a dinner concert that showcases the bravura of Hajji, the Philippine Madrigal Singers, and Dessa as three of the best Filipino artists in live entertainment in an unforgettable evening of excellent music.

With an awe-inspiring career that spans for almost 45 years, Hajji is a legendary Filipino artist who is one of the major proponents of OPM who recorded and popularized such mammoth hits as “Kay Ganda Ng Ating Musika,” “Nakapagtataka,” “Panakip Butas,” and “May Minamahal” among many other masterpieces.

Hajji has performed live not only in sold-out venues here in the Philippines but the world over as well romancing generations of music lovers with his immortal classics and distinct brand of artistry.

For almost 60 years, the Madz has been performing around the world bringing honor and prestige to the country as they are named Artists For Peace by UNESCO while being the first Filipino choir to perform at the iconic Teatro Colon in Argentina and while being the very first choir in the world to receive the Brand Laureate Premier Award as the world’s best chorale ensemble from the Asia Pacific Brands Foundation to mention a few of the countless recognitions that they have brought home to the country.

While Dessa is one of the most sensational live performers in the world with a vocal range and electrifying stage persona that never fails to amaze and enthrall audiences around the world.

Her mainstream career kicked off after she bested the most experienced contestants in Kazakhstan in The Voice of Asia in 1993 where she also won the FIDOF award as best singer, the SAGA Yoshinogari Festa award in 1998 in Saga, Japan, and the Best Interpreter award in the 1999 Asia Song Festival in Malaysia. In the field of recording, Dessa recorded the anthemic ballads “Bring Back The Times,” “Saan Ka Man Narooon,” and “Lipad Ng Pangarap.”

Together, Hajji, the Madz, and Dessa will dazzle and thrill Filipinos in a world-class, once-in-a-lifetime Valentine musical spectacle that will encompass such genres as soul, disco, jazz, and R&B.

Part of the proceeds of Powerhouse Valentine will be donated to its official beneficiary, the Philippine Cancer Society.

Tickets to Powerhouse Valentine are available at TicketNet and TicketWorld.