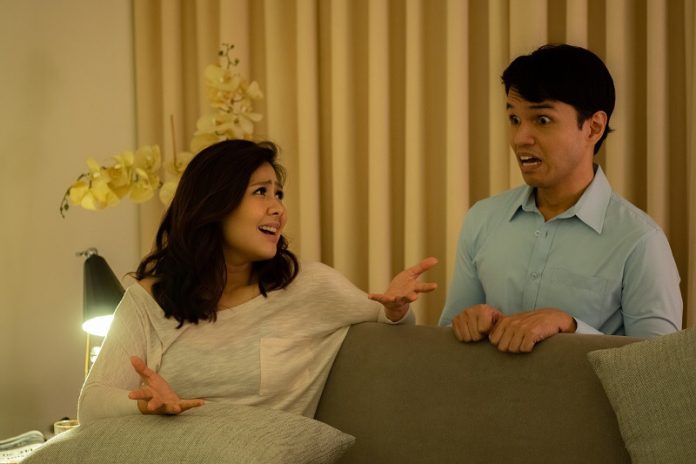 Are you in for a new romantic comedy play about two lonely souls who embark on an unlikely relationship filled with surprising discoveries and the healing power of love?

Noted playwright Mark St. Germain is known for real-life figures in his fact-inspired plays namely: Camping With Henry and Tom (about Henry Ford and Thomas Edison), Freud’s Last Session (which also featured C.S. Lewis as a character), Becoming Dr. Ruth and Scott & Hem in the Garden of Allah (featuring novelists Hemingway and F. Scott Fitzgerald). For DANCING LESSONS, Mark has written about two fictional characters in a heartfelt production that is moving, comic and sweet.

SYNOPSIS — DANCING LESSONS centers on Ever Montgomery, a science professor and Senga Quinn, a Broadway dancer. At the top of her career, Senga is holed up in her apartment with a serious injury that threatens her career and identity. When neighbor Ever, a professor at New York Institute of Technology, with a condition that is fearful of touch, asks for a dancing lesson so he can deal with social intimacy (handshaking, hugs, dancing) at an upcoming awards banquet that he was tasked to host. Through the lessons, a relationship slowly develops that has both individuals stepping out of their comfort zones.

Ever Montgomery – Professor of Geosciences at New York Institute of Technology who has Asperger’s Syndrome.Ever is a high functioning and extremely hyper person who lacks social skills. He cannot bear a person’s touch and struggles looking at them in the eye. Things started to change when she asked Senga, his neighbor, to teach him how to dance. She changes him in a way many would probably think is impossible.

Senga Quinn – A Broadway dancer who has suffered a major leg injury in a car accident. Thanks to her life-threatening allergy to anesthesia, her chances of surviving a much needed surgery becomes minimal that sidelined her to her apartment in New York.

Randy is a Theater, Film and TV actor. He started acting professionally in 2001. His baptism of fire started with Tanghalang Pilipino where he played Jonathan Harker in Dracula. That play was followed by more TP Productions like Ligawang Ligaw, In the Middle of Silence, Himala the Musical, Orfeo sa Impyerno, Bakeretta (Ghost Operetta), A Midsummer Night’s Dream. Also while not exactly TP productions, he love’s to be Part of The Virgin Labfest where he played memorable characters in plays like; “When Sam Met Joe,” “Matyag” and even a Japanese Doctor in “Sundan Natin si Ever San, etc.”

He was trained in Acting and Comedy Improv by Ana Valdes-Lim. The first Filipina to graduate with a degree of fine arts in theater at the Julliard School of New York. Randy is a member of the Philippine Playhouse and was last seen in the Gawad Buhay best ensemble winner “Manila Notes” directed by the brilliant Oriza Hirata, and “Baka Naman Hindi” for the Cultural Center of the Philippines, masterfully helmed By Dennis Marasigan.

It’s Randy’s first time to work with Twin Bill Theater. Playing “EVER” is a pinch myself moment for him.

During the run of Dancing Lessons, Twin Bill Theater will engage audiences through special discussions on Asperger’s and Autism Spectrum conducted in partnership with Autism Association.

The schedule of performances of DANCING LESSONS are as follows:

DANCING LESSONS had its world premiere in 2014 for Barrington Stage Company’s Boyd-Quinson Mainstage in Pittsfield, Massachusetts. From 2015-present, it has also been performed by various regional theater companies in Connecticut, Rochester, San Diego. Sta. Barbara, San Francisco, Vermont, Ohio, and Florida. Theatre Tallahassee, Florida is set to run this production from January 23 – Feb. 2, 2020.

Check out the latest updates on DANCING LESSONS through the following social media:

Twin Bill Theater is an independent contemporary theater company that exists to stir minds for constructive societal revolution utilizing theater as means for formal dialogue and intellectual intercourse foregrounding current issues that continue to plague man’s social condition. We aspire for national and international collaboration, engagement and cultural exchange through various theater and arts festivals and cultural and academic research conferences. We are a member of PHILSTAGE.